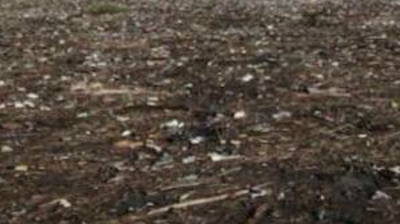 Floating islands of waste are a common problem in the Western Balkans, caused by heavy rains and inadequate waste management.
By bne IntelliNews January 17, 2023

Tonnes of floating waste and other debris have built up behind a barrier across Lake Potpeć after heavy rains.

The waste was carried downstream on the Lim River that flows into Lake Potpeć. It gathered behind a barrier stretched across the lake to protect the Potpeć hydroelectric power plant (HPP).

Pictures posted on social media and published in the Serbian press show a huge expanse of debris stretching across the surface of the lake.

"It seems to me that it is easier to list what is not there. From household appliances, refrigerators, freezers, stoves, to dead animals, some domestic, some wild, various metals, wood pulp and five packages at most, just all kinds of packaging waste," said Siniša Laković from the Priboj-based ecological organisation Jastreb,  as reported by Serbia’s Indeks Online.

Complicating the problem, the Lim is an international river that flows into Serbia from neighbouring Montenegro, and many on the Serbian side say the waste has been carried downstream from Montenegro.

The director of the hydropower plant said that huge containers have been hired to move the rubbish, and additional machinery will be used to remove the buildup of waste in the lake.

However, Serbia’s Republic Hydrometeorological Institute has warned that extremely heavy rainfall is expected in Montenegro and parts of Serbia including the Priboj area on January 17-19, utility Srbijavoda said on its website. “Due to heavy rainfall from January 18 to 21, the water level on the Lim River near Prijepolje is expected to rise, reaching the limit of emergency flood protection,” it said.

As previously reported by bne IntelliNews, huge islands of rubbish floating down rivers are a common problem in the Western Balkans.

A similar situation occurred in early 2021 when heavy precipitation across large parts of Southeast Europe raised water levels in rivers and caused some to overflow their banks. The elevated waters bore with them tens of thousands of cubic metres of waste tossed into waterways or discarded on their banks.

bneGREEN: Most growth in power generation by 2050 will be solar and wind – BP
4 days ago
bneGREEN: Renewable energy was a hot topic in Davos but for Europe, much work remains
11 days ago
bneGREEN: Floods turn Drina river in Bosnia into floating landfill
13 days ago
Central Asia’s shorter winters are whittling away glaciers
18 days ago
Bulgarian parliament orders caretaker government to renegotiate closure of coal-fired plants
24 days ago