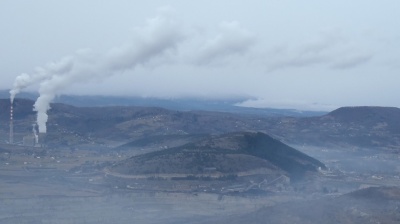 Montenegro's government intends to cancel its plan to invest €54mn in reconstruction of its Pljevlja coal-fired power plant and plans to invest the funds in renewable energy projects instead, the Capital Investment Ministry said in a statement.

In April 2021, the secretariat of the Energy Community launched a dispute settlement procedure against Montenegro over the country’s breach of the regulations with its decision to continue operating the Pljevlja plant although its lifespan has expired. Montenegrin power company EPCG said it will not shut down the Pljevlja plant until its dispute with the Energy Community is resolved.

However, in August Montenegro’s Prime Minister Zdravko Krivokapic said that most likely the thermal power plant will stop working by 2030 under pressure from the Energy Community and in line with EU rules.

"In cooperation with our European partners, we shall define a strategy that would, for a limited time, extend the operation of Pljevlja TPP under the current regime and in the meantime invest the funds planned for ecological reconstruction in green energy projects," the ministry said in a statement.

The reconstruction was supposed to be carried out by China's Dongfang Electric (DEC). However, the company has informed the government that the sum for the project would not be enough for a complete environmental reconstruction to meet the environmental standards set by the Energy Community.

Several countries across the Western Balkans are still heavily dependent on coal power, despite being required to cut emissions as they work towards EU accession.

This has negative consequences for both the countries concerned and the wider region. Air pollution from coal-fired power plants in the Western Balkans have caused the deaths of around 19,000 people over the last three years, according to a report from CEE Bankwatch Network and the Centre for Research on Energy and Clean Air (CREA).

Almost 12,000 of those who died – 3,700 in the Western Balkans and 7,000 in the EU – did so as a result of Western Balkan coal power plants breaching pollution limits between 2018 and 2020. Another thousand more people are estimated to have died in other regions.

bneGREEN: Fit for 55 – not fit for purpose
5 days ago
bneGREEN: Slovenia’s Sigma Energy deploys device to convert sea waves into electricity
17 days ago
bneGreen: Southeast Europe’s first eco-mosque opens in Croatia
24 days ago
bneGREEN: Europe pays what it takes to bring in LNG but still cannot get enough
26 days ago
bneGREEN: Baltic states – except Russia – agree to aim for seven-fold increase in offshore wind
1 month ago