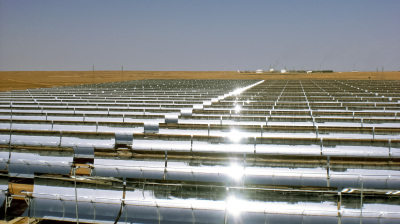 Limiting global warming to 1.5 °C could reduce global GDP by 2%, or $75 trillion, by 2050 as spending must increase to accelerate the energy transition.

The good news is that the world has the means, motive and opportunity to do so, Wood Mackenzie said in a recent report, although it could take up 2100 to recoup the losses.

However, while GDP growth could be held up until 2050, the report looks beyond that date and forecasts that an accelerated energy transition will pay off both in economic and planetary terms.

“Much of the lasting economic benefits will materialise beyond our forecast horizon of 2050,” Wood Mackenzie suggested.

“While preventing more extreme warming is likely to have a positive economic impact over the next 30 years, the action required to deliver it could have an offsetting negative effect. Net, we estimate that keeping warming to 1.5°C would shave 2.0% off our base-case gross domestic product (GDP) forecast for 2050,” said Peter Martin, Wood Mackenzie’s chief economist

The report said that before 2050, preventing more extreme global warming is likely to have a positive economic impact by avoiding damage caused by rising temperatures.

However, the investment needed to avoid damage caused by rising temperatures will have an offsetting negative effect. Wood Mackenzie put the price of keeping warming to 1.5°C as a 2% reduction in 2050 GDP.

In terms of technology, the report forecasts that the price of transition technologies, such as electric vehicles (EVs), utility-scale batteries, hydrogen and carbon capture and storage (CCS), will come down over time.

Wood Mackenzie forecasts that 2035 will be the date when low-carbon investments are more competitive across the world as a whole than phased-out high-carbon alternatives.

After 2035, global GDP growth will then recover and outpace Wood Mackenzie’s base case, which does not involve keeping global warming at 1.5°C.

This means that lost economic output of $75 trillion from 2022 to 2050 could be recouped by the end of the century.

“An accelerated transition could pay off in the end, in economic terms. It is likely to lead to stronger economic growth rates for some economies beyond 2030, enabling losses to be recouped before the end of the century. That is the essence of transition economics – short-term pain for long-term gain,” Martin said.

Some economies will feel the effects more than others, the report warns, with the pain and gain not being shared equally across the globe.

Hydrocarbon-exporting and carbon-intensive economies are likely to see the biggest hits to their economic output. Less developed and low-income economies will bear a disproportionally high burden.

What this means is that Asian and Middle Eastern countries could take the biggest financial hit from an accelerated energy transition.

The report names Iraq, for example, as the country most vulnerable to the transition, because its hydrocarbon revenues account for 95% of all government revenue and the oil sector makes up 36% of its GDP.

Other countries, like Saudi Arabia, have substantial financial reserves to invest in non-hydrocarbon sectors, and low-cost oil assets in the Middle East are likely to retain a significant portion of oil production that will continue through the transition.

In Asia, China is in the unique position of having strong renewable energy increases, producing more than 50% of the world’s solar and wind technology, but as the world’s largest carbon emitter, it still has a long way to go in decarbonisation.

The country would see a cumulative loss of $20 trillion by 2050, said Wood Mackenzie.

The most economically developed countries have the least to lose. France and Switzerland, on the other hand, will have a net boost in GDP by 2050. Europe is generally better equipped for the energy transition with its established emissions trading system and carbon pricing having already cut emissions by about a quarter since 2005.

The US is expected to have a 1.2% loss in total economic output by 2050 if it reaches its net-zero targets, but this commitment is questioned due to the current and future state of partisan politics in the country.

The transition poses extremely mixed prospects to the country. As the world’s largest carbon emitter and an energy-intensive economy, its decarbonisation challenge is colossal. But China has many advantages and, in many respects, is ‘transition ready’, producing more than 50% of the world’s solar and wind technology, EVs and three quarters of all lithium-ion batteries. Exporting these to other countries will have economic benefits.

Climate change is already imposing economic costs on the economy, as the protracted monsoon season in 2019 showed. The gains from avoided climate damage will temper India’s overall impact from transition.

Climate finance for lower-income countries, including government transfers and private sector investment, can help address inequity. But a truly fair and just transition will require actions to exceed our current expectations.

Economies that are already closer to net-zero targets will see a smaller economic impact from now to 2050. For a fortunate few, the transition need not result in economic loss at all. Those that are better positioned – typically wealthier economies with a strong propensity to invest in new technologies – may even benefit economically by 2050.

Some countries facing the greatest burden from the costs of a 1.5 °C pathway are also among those expected to see the fastest growth in population over the next 30 years.

The effect on population is one of the many uncertainties of climate change. If limiting global warming lifts population growth, in per capita GDP terms, the cost of decarbonisation could be even greater.

Colonial scars: Why Ukraine is unlikely to find allies in Africa