bneGREEN: Green investment must triple to save climate 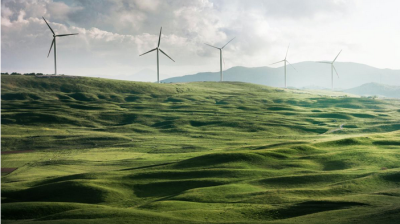 Green investment needs to triple to meet net-zero targets by 2050 / WMO
By by Roberta Harrington in London October 12, 2022

Investments in renewable energy need to triple by 2050 to put the world on a net-zero trajectory by mid-century, according to a new report by the World Meteorological Organisation (WMO), part of the United Nations.

The radical transformation of the global energy system requires a significant increase in annual investment in energy from just over $2 trillion globally to almost $5 trillion by 2030, says the agency.

WMO’s State of Climate Services annual report also says that the supply of electricity from clean energy sources must double within the next eight years to limit the global temperature increase, otherwise, there is a risk that climate change, more extreme weather and water stress will undermine the world’s energy security and even jeopardise renewable energy supplies, according to the multi-agency report.

“The energy sector is the source of around three-quarters of global greenhouse gas [GHG] emissions, noted WMO Secretary-General Professor Petteri Taalas. “Switching to clean forms of energy generation, such as solar, wind and hydropower – and improving energy efficiency – is vital if we are to thrive in the twenty-first century. Net zero by 2050 is the aim. But we will only get there if we double the supply of low-emissions electricity within the next eight years.”

“Time is not on our side, and our climate is changing before our eyes. We need a complete transformation of the global energy system,” he said.

By 2050, global electricity needs, which will be increasing over the years with electrification being a strategic lever to tackle Net Zero goals, will mainly be met through renewable energy, with solar the single largest supply source, says the report.

“Now is the time to accelerate the transition to a renewable energy future,” said Francesco La Camera, director-general of the International Renewable Energy Agency.

“Anything short of radical and immediate action will ultimately eliminate the chance of staying on the 1.5°C path,” said La Camera. “The intertwined energy and climate crises have dramatically exposed the weaknesses and vulnerabilities of an economic system heavily reliant on fossil fuels. Advancing the transition to renewables is a strategic choice to bring affordable energy, jobs, economic growth and a resilient environment to the people and communities on the ground.”

Current pledges by countries fall well short of what is needed to meet the objectives set by the Paris Agreement, leaving a 70% gap in the amount of emissions reductions required by 2030, said the report.

Renewable energy pledges represent less than half of what is needed. The pathway to reach the Paris Agreement's long-term global goal on temperature requires 7.1 TW of clean energy capacity to be installed by 2030, according to figures cited in the report.

The necessary policies and regulations to enable decarbonisation in the energy sector are still particularly weak in Africa, South America and Asia, according to the World Bank.

In 2019-2020, most renewable energy investments were made in the East Asia and Pacific region (mainly China and Japan), followed by Western Europe and North America.

Developing countries are underrepresented when it comes to accessing clean energy finance, says the report, stressing that Africa could be a major renewables player. Africa is home to 60% of the best solar resources globally, yet has only 1% of installed photovoltaic (PV) capacity, it notes.

Bringing access to modern energy for all Africans calls for an investment of $25bn annually, which is around 1% of global energy investment today, said the report.

Renewable energy systems are weather- and climate-dependent, so the transition to clean energy calls for improved climate information and services, said the report. This is to support decisions on site selection and operations, maintenance and management. Less than 50% of WMO members provide tailored products for the energy sector.

More effective use of climate information helps scale up renewable energy infrastructure, but they will also promote clean energy system efficiency and climate resilience. Increased, sustained investments in such services, supported by recognition of the need for such services through enhanced policies, are required to achieve this.

The use of streamflow forecasts increases the energy production by 5.5 TWh per year from the US hydropower dams on the major Columbia River in Washington and Oregon, resulting in an average increase in annual revenue of approximately $153mn per year.

Similarly, the use of forecasts to manage hydropower operations in Ethiopia produces cumulative decadal benefits ranging from $1bn to $6.5bn, compared to a climatological – no forecast – approach.