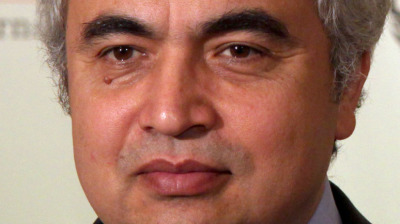 The International Energy Agency (IEA) has warned that countries need to go far beyond existing emissions reductions pledges if they are to stay on course to achieve net zero emissions by 2050, and that the “stubborn incumbency” of fossil fuels needs to be challenged and overcome.

The IEA said in its 2021 World Energy Outlook that the world needs to find 12bn tonnes of new CO2 emissions reductions by 2030 if there is to be any chance of reaching net zero by 2050.

The stark warning comes as emissions, climate disasters and energy market volatility are all increasing as the world recovers from the coronavirus (COVID-19) pandemic. This means that clean energy progress is still far too slow to send global emissions into a sustained decline towards net zero.

The figures for 2021 are not expected to be good, the report warned, with coal consumption growing strongly in 2021, pushing CO2 emissions towards their second-largest annual increase in history.

The new report comes just ahead of the COP26 conference in Glasgow.

“Governments need to resolve this at COP26 by giving a clear and unmistakable signal that they are committed to rapidly scaling up the clean and resilient technologies of the future. The social and economic benefits of accelerating clean energy transitions are huge, and the costs of inaction are immense,” he warned.

The IEA stresses that to reach net zero, the world must follow its Net Zero Emissions by 2050 Scenario (NZE), which is consistent with limiting global warming to 1.5°C by 2100.

However, current policies or indeed government pledges are nowhere near this. The NZE contrasts with what the IEA calls its Stated Policies Scenario (STEPS), based on the energy and climate measures governments have actually put in place to date.

In this scenario, annual emissions stay at around today’s levels by 2050, as even almost all of the net growth in energy demand is met by low emissions sources.

As a result, the world will miss its 1.5 degree target by 2100, and global average temperatures will actually still be rising when they hit 2.6 °C above pre-industrial levels in 2100.

Meanwhile, the Announced Pledges Scenario (APS) includes net-zero emissions pledges already announced by governments so far, and if they are implemented in time and in full.

This means that demand for fossil fuels peaks by 2025, and global CO2 emissions fall by 40% by 2050. All sectors see a decline, with the electricity sector delivering by far the largest share of energy supply. However, global average temperature rise by 2010 will still be around 2.1°C.

Put simply, only the NZE has any chance of meeting the Paris Agreement 1.5°C, and governments needs to make more and better climate pledges if the target is to be met. Existing promises are not enough.

“Today’s climate pledges would result in only 20% of the emissions reductions by 2030 that are necessary to put the world on a path towards net zero by 2050,” Birol said.

“Reaching that path requires investment in clean energy projects and infrastructure to more than triple over the next decade. Some 70% of that additional spending needs to happen in emerging and developing economies, where financing is scarce and capital remains up to seven times more expensive than in advanced economies.”

The report builds on the IEA’s Net Zero by 2050 roadmap, published in May, where it described reaching net zero by 2050 as “narrow but still achievable.”

Back then, the IEA said that there could be no new upstream projects

For coal, the report’s different forecasts illustrate how much more needs to be done. In the STEPS, global unabated coal use in the energy system falls by around 5% by 2030, while in APS it is 10% and 55% in the NZE.

The report calls for an end to new coal and a managed decline in emissions from existing assets, although the report admits this is difficult, and that action must come from China, India and Southeast Asia.

While G7 countries have committed to no new coal, and are putting pressure on others to follow suit, other countries have not. China, however, has pledged to stop financing new coal abroad, which could prevent 190 GW of capacity being built, the IEA report says.

The report says that if policy makers invest enough in green electricity, then 350 GW of coal capacity would not be needed by 2030. This would effectively halt all new investment decisions in the APS and facilitate the retirement of an extra 150 GW of coal-fired capacity by 2030.

Reducing emissions at operating coal plants is a key issue to reaching NZE, the report warns.

In the NEZ, 2030 emissions from existing coal-fired power plants are three-quarters below the level in 2020, a reduction of over 7bn tonnes.

Existing plants are either retrofitted with CCUS or co-fired with low emissions fuels such as biomass or ammonia; repurposed to focus on system adequacy or flexibility; or retired.

The retrofit and repurpose options limit the impact on workers and local communities, but there is nonetheless a steep increase in plant retirements.

Since 2010, coal power plant retirements have averaged around 25 GW each year, largely reflecting the closure of ageing plants in Europe and the United States. In the APS, annual closures more than double by 2030.

Meeting the goals of the NZE requires annual retirements averaging over 90 GW over the next decade, removing around 40% of the existing coal power fleet by 2030.

The IEA has made it abundantly clear in its report that there can be not expansion to fossil fuels, including new oil production.

“Finally, the world's leading energy think-tank has created an energy scenario that rules out expanding fossil fuels and puts it at the heart of the World Energy Outlook (WEO), their most highly regarded and widely read energy report,” said Grenpeace climate change campaigner Charlie Kronick.

Reaching net zero by 2050 requires transition-related investment to accelerate from current levels to around $4 trillion per year by 2030, but only a minority of these investments immediately deliver zero-emissions energy or energy services.

Ensuring that other investments are financed, for example those that aid transitions in emissions-intensive sectors, is a key challenge for financiers, investors and policy makers.

The report makes the point that if the world gets on track for net zero by 2050, the NEZ scenarios, that the potential value of the future green tech sector, including wind turbines, solar panels, lithium-ion batteries, electrolysers and fuel cells, amounts to $27 trillion by 2050. This would make the green industry larger than today’s oil industry and its associated revenues.

The report notes that a peak in oil demand could finally be happening in the 2030s as a result of current policies. Using the STEPS forecasts, oil demand starts to plateau at 104mn bpd in the mid-2030s and then declines very slightly to 2050, as a result of more muted growth in petrochemicals and faster reductions elsewhere.

By contrast, the NZE requires oil demand to fall to 72mn bpd by 2030 and to 24mn bpd, a quarter of the levels seen in the STEPS.

This would require 60% of all passenger cars sold globally to be electric by 2030, and no new ICE passenger cars are sold anywhere after 2035. Oil use as a petrochemical feedstock is the only area to see an increase in demand; in 2050, 55% of all oil consumed globally is for petrochemicals.

Indeed, the report notes that in the STEPS, aggregate fossil fuel demand is set to slow to a plateau in the 2030s and then fall slightly by 2050, the first time this has been projected in this scenario. Almost all of the net growth in energy demand comes from low emissions sources. Therefore, current government policies are beginning to make inroads into fossil fuel demand.

By 2050, more than 50% of natural gas consumed is used to produce low-carbon hydrogen, and 70% of gas use is in facilities equipped with CCUS.