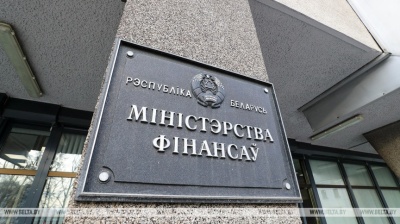 In June, Belarus’ Finance Minister admitted that the country had already begun having troubles with making its debt payments through international clearing and depository systems in February due to the Western sanctions. This statement was made in connection to Citibank’s resignation from its position as Belarus’ designated paying agent.

While the Belarusian government has repeatedly stated that it wishes to honour its debt payments to bondholders, it’s also said that it will make these payments in Belarusian rubles. In July and August, Fitch Ratings, Moody’s and S&P all declared Belarus to be in restricted/selective default –a “technical default”, since Belarus did have the money to pay its bondholders, but did not make the payments under the original terms, i.e. in US dollars.

In late August, the Belarusian government seemed to have given up on finding a new paying agent, as its First Deputy Prime Minister announced: “Do we have to look for it? It is not a matter of urgency for us for now.”

On September 28, Belarus’ MinFin published a memo to the holders of Belarusian Eurobonds. The memo details the possible payment methods for upcoming coupon payments and on the payment of the $800mn bond maturing on February 28. According to the memo, bondholders can replace their Eurobonds with domestic Belarusian government bonds, requesting early redemption of the Eurobonds.

The memo states that domestic bonds denominated in dollars will also be paid in Belarusian rubles, and that these payments will be made through a Central Securities Depository of the Republic of Belarus. For an early redemption of Eurobonds, settlements will be made in US dollars if there is a technical possibility. For this, the bondholder is requested to consult with its servicing bank about the possibility to receive a transfer in USD from JSC “ASB Belarusbank”.  Otherwise, the payments will be “made in Belarusian Rubles to an account in a Belarusian bank at the rate of the National Bank of the Republic of Belarus on the date of payment.”

Moreover, the memo outlines how bondholders wishing to receive their coupon payments made by Belarus’ MinFin on June 29, August 24 and August 29 this year can access their payments. Again, the MinFin emphasised that these payments are “made in Belarusian rubles to an account in a Belarusian bank at the exchange rate of the National Bank of the Republic of Belarus as June 29, August 24 and August 29, 2022.”

The information included in this memo corresponds to the Resolution by Belarus’ Council of Ministers and National Bank made in April, that Belarus’ bond payments are made “at the expense of funds in foreign currency by transferring to a special bank account with JSC "ASB Belarusbank" in Belarusian rubles.” This clearly shows that although Belarus has indeed made coupon payments this year, they have been made in Belarusian rubles and through Belarusian banks.

In an interview from in July, Belarusian economist Ales Alyakhnovich, representative of Svetlana Tikhanovskaya's headquarters for economic reforms, told Radio Free Liberty that around $1.4mn of these reserves are in the IMF’s Special Drawing Rights (SDRs), $3.1bn are in gold and around $600mn could be in euros. Neither the US nor the EU will allow Belarus to convert its SDRs into dollars or euros, and the EU has prohibited all transactions with the NBRB; for the IMF to convert the SDRs through its automatic conversion procedure the matter has to be taken up at a vote in the IMF, where there’s a high chance that the West can garner enough support to reject such a request by Belarus.

This leaves $2.4bn left in various liquid dollar denominated assets. This is certainly enough for Belarus to meet its next $800mn dollar payment on February 28, but that payment would leave its liquid reserve assets at a dangerously low level.

Foreign investment has transformed Eastern Europe, says wiiw report
6 hours ago
Will Croatia’s latest shot at World Cup glory ease economic slowdown?
1 day ago
Belarus’ government to expand political-economic control at the expense of economic growth
1 day ago
Sino-Russian ties continue to deepen as Western sanctions drive their economies together
2 days ago
War and wine: how rattled economies in Ukraine and Russia are pushing Georgian winemakers to pivot to new markets
2 days ago