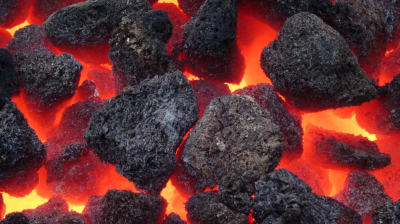 Ukraine increased imports of anthracite from Belarus by 340 times year-on-year to 102,200 tonnes in 2018, according to the state statistical service Belstat in Minsk.
By Sergei Kuznetsov in Kyiv February 27, 2019

Minsk is in hot water again for cheating on trade, but this time its not shrimps or apples being sent to Moscow, but coal allegedly mined in the breakaway regions of Donbas in Ukraine that is being sold to Ukrainian power plants.

Belarusian exports of anthracite coal to Ukraine jumped 340-fold y/y in 2018 to 102,200 tonnes, according to the state statistical service Belstat in Minsk.

Anthracite coal is a special form of coal used to fire many of Ukraine’s power stations, but is only mined in the regions now occupied by the Russia-backed separatist rebels and inaccessible to the rest of the country. Ukrainian power stations have been forced to import the coal from Russia, which is a major producer, as well as some small amounts from the US.

The cost of anthracite imported by Ukraine from the republic last year was $9.3mn from a total of $50.4mn. Imports of all types of coal increased by 980 times y/y to 558,500 tonnes.

Kyiv-based independent broadcaster Hromadske is alleged that Belarus has exported to Ukraine anthracite coal that was originally mined in the rebel-controlled territories of the Donbas region, which were sent to Belarus before being rerouted back to the unoccupied Ukraine. There is no confirmation of this information from other sources.

Meanwhile, Ukrainian Energy and Coal Industry Minister Ihor Nasalyk said on February 27 that imported anthracite was not mined in the rebel-controlled territories. "I can say that it is definitely not from non-government controlled areas in Donbas," Interfax news agency quoted him as saying.

The minister said that his conviction is based on agreements with consumers of thermal generation plants, who pledged not to purchase anthracite from the occupied Donbas, to conduct an analysis of the origin and routes of the imported anthracite offered to them. "I think no one will risk their business," Nasalyk said.