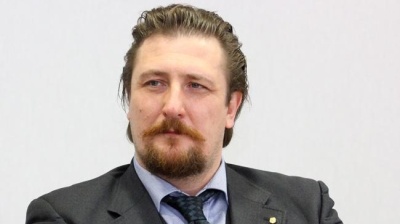 The International Consortium of Investigative Journalists (ICIJ) recently published its Shadow Diplomats project. There, the ICIJ has together with its partners compiled the names of honorary consuls around the world and all the criminal cases and scandals associated with them into one database.

The result is a list with around 500 “shadow diplomats”, and out of these, around 11 are current or former honorary consuls in Belarus. Together with India, Belarus shares the 15th-16th place as the country with the highest number of honorary consuls in the world. The Belarusian Investigative Centre (BIC) has published an article that summarises the former and current honorary consuls to Belarus as well as the various controversies they’ve been involved in. Many of these people have been key figures in the BIC’s previous investigations.

Honorary consuls in Belarus for Georgia, Zambia, Greece, Romania, Bangladesh, Zimbabwe, Iceland, Chile, the Philippines, Ukraine, Nepal and Slovakia have all been engaged in dubious trade schemes with strong connections to the Minsk regime. Re-exporting sanctioned goods, smuggling, illegal construction business, arms trading and selling medicines at inflated prices are just some of the activities that these honorary consuls have been engaged in.

Former Belarusian diplomat Pavel Matsukevich believes that due to the Belarusian political elite’s “dubious reputation”, foreign states try to find honorary consuls close the regime. The fact that “one cannot run a big business in Belarus without Aleksander Lukashenka’s support” has been long known.

However, Belarus also has its own honorary consuls promoting Belarusian interests abroad. A good example of this is Belarus’ honorary consul to Italy, Roberto Gotti.

Since 2000, Gotti has been running the company “Dismas Trading”, a wholesaler of iron and metal articles. Since early on, Dismas Trading has been co-operating with the Byelorussian Steel Works (BMZ). A possible reason for this partnership could be the close proximity of the BMZ to Italy, but Belarus (like several post-Soviet countries) also holds a certain competitive advantage in iron products.

In 2010, Dismas Trading received exclusive rights to trade BMZ products in Italy. While there hasn’t been a steady increase in exports of metal products from Belarus to Italy since then, the exports have dynamic. Curiously enough, these exports peaked in 2021, right before the BMZ came under Western sanctions.

Gotti became an honorary consul of Belarus in December 2018. Only a month earlier, the now sanctioned Development Bank of Belarus signed an agreement with Dismas Trading on the financing of BMZ exports to the Italian market. As a part of his diplomatic work, Gotti has claimed to have organised hundreds of exhibitions to promote the European Games in Minsk and has promised to expand the product line supplied to Italy to “all Belarusian goods.”

Some of the workers at BMZ participated in the massive protests around Belarus against the country’s 2020 presidential elections and also went on strike. This resulted in 70 people being laid off as a part of political repressions by the company’s management. Around 40 of these people have since been forced to leave Belarus.

As the EU began to impose more and more sanction packages against Belarus, including various SOEs, Gotti’s business with the BMZ was threatened. In May 2021, Gotti organised negotiations in Italy between the BMZ and various potential partners. By that time, the BMZ was not included in any sanctions package yet and the directors of BMZ has admitted that “a certain work done by partners,” was the reason for this.

While there’s no proof that Gotti actively delayed sanctions against BMZ, the delay did help the BMZ dispatch a big set of exports to Italy in 2021. In March 2022, the EU sanctioned BMZ as part of its sanctions package for Belarus’ involvement in Russia’s invasion of Ukraine.

Until December 2021, Gotti owned half of Dismas holding. While he then sold his shares to the Italian company Triholding, Gotti himself owned half of Triholding back then. The other half was owned by an Italian shipping company which Dismas Trading has used to ship its products. Today, 17% of Dismas Trading is owned by the Austrian company RMZ, whose main shareholders has been promoting BMZ products since 1993.

RMZ was both a subsidiary of BMZ and another subsidiary of BMZ called BELMET. While BELMET used to have a 33% stake in Dismas Trading, it transferred this stake to Triholding on the day of Russia’s full scale invasion of Ukraine, 24 February, 2022. In December 2021, BELMET also withdrew from its stakes in RMZ. Most likely, these moves were made in order to spare the Italian and Austrian companies problems with sanctions for being partly owned by BMZ.

This is just one of many examples of how European businessmen have engaged with Belarusian state actors both before and after 2020. Gotti is currently officially unable to trade with BMZ but keeps high-level political contacts with Belarusian authorities. Gotti’s mandate as an honorary consul expires in 2023 but he hopes to extend his term. BIC has promised to publish further investigations into foreign countries’ honorary consuls to Belarus. Foreign businessmen from Serbia and Lithuania have been the centres of some of BIC’s earlier investigations, previously reported on by bne IntelliNews.

RBI's 2022 profits soar to €3.6bn, with Russian operations representing more than half
Belarus faces new sanctions by the EU and asset seizures by Ukraine
Belarus Corruption Watch: How one of Lukashenko’s 'wallets' evades sanctions