Azerbaijan cracks down on alleged armed group backed by Iran 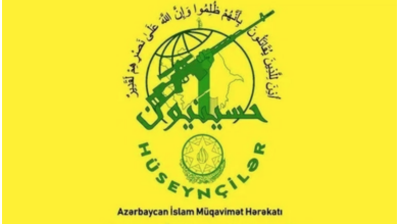 The Azerbaijan regime says it has rounded up a network of Shia Islamist guerillas backed by Iran.

The State Security Service (SSS) released a statement on 1 November that an "illegal armed group created under the control of Iranian special services has been exposed" in Azerbaijan. The number of detainees is 19 so far.

According to the statement, this group was founded and funded by Huseyniyyun (the Azerbaijani version of Hizbullah), headed by Tohid Ibrahimli, who is wanted by Azerbaijan since 2018 and is currently in exile in Iran.

"Over the past period, citizens of the Republic of Azerbaijan, selected by an illegal armed formation, mainly from among persons previously convicted of various crimes, as well as persons who consider themselves members of an organization they call the "Muslim Unity Movement", were transported through the territory of third countries to the city of Tehran in Iran where their mobile phones and passports were confiscated, they were instructed on the secrecy of communications and secrecy requirements, they were given religious nicknames and they were taken to the city of Damascus in Syria by military cargo planes with forged documents. On the territory of Syria, they were involved in military exercises, where they learned the rules for the use of various firearms and combat tactics, they took part in the exercises," the statement says.

In the criminal case, previously convicted Huseynov Iskander, Akhverdiyev Tural, Shukurov Eltun and others were prosecuted under Articles 12.1, 279.1 (participation in armed formations or groups not provided for by law) of the Criminal Code of Azerbaijan. "At the same time, materials were found on various tasks given to members of the formation currently living in Iran by Ruhullah Akhundzade and others," according to the statement. "Asadov Orkhan, who was one of those who involved members of the group in military exercises, was arrested while attempting to commit a terrorist act on the territory of a third country," the State Service added.

One of the suspects is Mammadov Fagan, who was allegedly involved in the mentioned military exercises, organised the distribution of T-shirts with religious slogans to the participants of the actions planned to be held in some regions of the country, which were allegedly delivered to Azerbaijan in a car belonging to the Iranian Embassy in Azerbaijan.

Huseyniyyun is a an armed Azerbaijani Shia Islamist movement hosted by Iran that is strongly critical of President Ilham Aliyev's dictatorial regime. Its members have fought in Syria against Isis but it has yet to launch any armed attacks inside Azerbaijan itself.