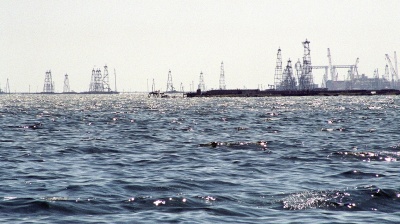 The extent of the economic hit experienced by hydrocarbon-export-dependent Azerbaijan from the combined impact of the coronavirus (COVID-19) crisis and associated collapse in oil prices is indicated by the latest data on assets held by the country’s sovereign wealth fund (SWF).

The State Oil Fund of Azerbaijan (SOFAZ), which serves as the country’s SWF, said on April 17 that its assets fell to $41.349bn by April 1 from $43.323bn at the start of this year due to larger than anticipated transfers to the state.

SOFAZ sold currency on the market to help maintain stability in the Azerbaijani manat (AZN), with high volatility reported given the economic impacts of the coronavirus pandemic, including a sequence of events triggered by falling demand for oil that resulted in an oil price crash. This intensified on April 20 when prices for the US WTI blend fell to less than zero on the futures market for May deliveries for the first time in history as producers ran out of places to store crude.

It stated that transfers to the state budget in the first quarter totalled AZN4.613bn manats ($2.7bn), AZN1.8bn more than projected.

“The fund sold $2.771bn on the market in the first quarter to satisfy rising demand on the currency,” the fund said in a statement.

This year was supposed to be a milestone year to celebrate for Azerbaijan’s offshore gas developers—the country in coming months hopes to announce a first shipment of Azerbaijani gas—from the Caspian Sea Shah Deniz field—to the European market via a set of interlinked pipelines that make up the Southern Gas Corridor (SCG). Although delayed, the last leg of the SCG, linking Albania to Italy with pipelines laid across the Adriatic seabed, is moving towards completion. Where demand for gas will stand by then is a tough question to answer given the ongoing economic disruption caused by the pandemic.

Azerbaijan is an OPEC member. The oil and gas sector makes up 45% of its economy. It was plummeting global oil prices six years ago that sent the economy into decline, later leading to bankruptcies among its commercial banks and causing the manat currency to lose a third of its value against the dollar.

Ivana Duarte, the European Bank for Reconstruction and Development’s (EBRD’s) mission head in Azerbaijan told Reuters in early April that Azerbaijan might be in a better position to handle an oil price crisis than it was the last time hydrocarbon prices collapsed, back in 2014.

She said: “After the crisis [in 2014], the economy was growing at a moderate pace, the exchange rate in real terms barely changed and authorities embarked on improving the business environment and diversifying to non-oil sectors.

“In addition, the combined foreign exchange reserves of the central bank and SOFAZ are almost matching the size of GDP and can sustain the market pressure for some time.”