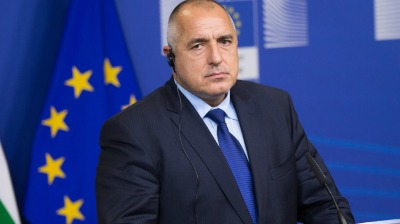 Boyko Borissov's domination of the political scene has been marked by widespread corruption, murky deals between politicians and controversial businessmen, and political control of the prosecutor system.
By Denitsa Koseva in Sofia July 8, 2021

Bulgaria is heading for its second general election within three months on July 11, when three anti-establishment formations hope to get enough support in order to form a stable ruling majority and oust from power Boyko Borissov's Gerb party, in office for most of the past 12 years,  and the other traditional players on the political scene – the Bulgarian Socialist Party (BSP) and ethnic-Turk Movement for Rights and Freedoms (DPS).

The vote follows the failure of Gerb to form a ruling coalition following the April 4 general election and the refusal of the runner up – There Are Such People (ITN) of popular showman Slavi Trifonov – to even try forming a government due to the lack of enough MPs from anti-establishment parties that would secure a stable majority.

The strong performance of ITN, together with the reformist Democratic Bulgaria (DB) and Stand up! Thugs out! (ISMV), at the April general election was widely seen as the beginning of the end of Gerb's domination of the Bulgarian political scene, which has been marred by widespread corruption, murky deals between politicians and controversial businessmen, and political control of the prosecutor system.

It also comes after the US imposed sanctions on two of Bulgaria’s most controversial businessmen – Delyan Peevski and gambling mogul Vassil Bozhkov – as well as several former public officials over their alleged involvement in significant corruption. That was the single largest action targeting corruption to date and cost Gerb a loss of support too.

While turnout is expected to be even higher than in April despite the summer holidays, polls indicate that the outcome could be similar to that in April, with no clear majority for any formation and six or seven parties and coalitions passing the 4% threshold.

Polls indicate that Gerb and ITN have equal chances to win most of the votes on July 11 but neither of them would gain significantly more than 20%. The two parties would face difficulties forming a ruling majority.

According to the latest poll, carried out by Market Links, Gerb and ITN will get almost equal results – 19.7% and 18.8% respectively. The BSP would come third with 16.9%, followed by DB with 12.5%. DPS and ISMV would follow with 9.5% and 5.4% respectively. Far-right parties seem unable to pass the 4% threshold for the moment. The turnout should be higher compared to April 4, with 58% of people expected to vote for sure.

Gerb leader Boyko Borissov tried to persuade ITN to form a coalition after the April vote. At the time, the showman’s party said once again it would never enter a coalition with any of the traditional parties. The other two anti-establishment formations also have repeatedly said they would not unite with Gerb, BSP or DPS but were ready for an alliance with ITN.

Refusal of the three new formations in parliament to enter into a coalition with Gerb leaves the party only one chance to rule – together with BSP and DPS. However, should Gerb and BSP form a coalition, that would mean their political suicide, according to analysts. The two parties were fierce opponents since the beginning, building their campaigns on warning of the danger of the other winning power.

All eyes on ITN

ITN is the party that everyone wants to support at the moment. After the April 4 election, all parties and formations in parliament have expressed their desire to form a coalition with Trifonov’s party. However, the party returned the mandate for forming a government without even attempting to start coalition talks, keeping its promise not to unite with Gerb, BSP and DPS and lacking a sufficient majority with the votes of DB and ISMV, as together they had less than 100 out of 240 MPs.

During the campaign for the July 11 vote, Borissov tried to invite ITN into a public debate after refusing to do that for over a year. However, the party’s deputy leader, Toshko Yordanov, replied that the party “does not negotiate with terrorists”.

Party’s members have indicated that this time ITN might try to form a government, even if the results are similar to those in April. On the other hand, Yordanov once again said that the party would not unite with Gerb, BSP or DPS and that there would be nothing wrong in another snap vote to follow that in July.

However, critics say the party is obliged to at least attempt to form a government, as the country is in a difficult political and economic crisis, while in the autumn presidential election will be held.

Moreover, many people seem rather happy with the actions of the current caretaker government, which comprises mainly experts not related to establishment parties. Since taking office in mid-May, the government of Prime Minister Stefan Yanev – former advisor of President Rumen Radev – revealed numerous cases of misuse of funds, abuse of office and corruption by the previous government of Borissov and by state employees appointed during his rule.

ITN has indicated that it might keep some of those ministers should it form a government after the vote.

Meanwhile, DB has indicated once again it is ready to support an anti-establishment government even without participating in it. One of its leaders, Hristo Ivanov, also said that he would be ready to also take the responsibility of being prime minister if necessary. However, Ivanov pointed out that this does not seem likely. ISMV is also willing to support an anti-establishment government and does not demand ministerial seats.

However, ITN seems unwilling to start negotiations prior to the vote, according to Ivanov. He has suggested that such talks might be wise, as they would help the three formations to clarify their common interests and their priorities in advance.

The July 11 snap vote is the first when Bulgaria will use machines for the voting in all polling stations with more than 300 voters. In April, machines were used only partially, but the previous parliament amended at the last minute the electoral law to implement the widespread use of machines as an attempt to avoid fraud.

That decision was appealed against by Gerb at the constitutional court, but a decision earlier in July was issued that machine voting does not breach any law or constitutional right.

The introduction of widespread machine voting was contested by 66 MPs of Gerb, who claimed that it violates the principle of the basic right to vote. Moreover, Gerb’s leader is repeatedly insisting during the campaign that a big fraud is being prepared by the caretaker government that will manipulate the machines. This was seen as a rather pathetic attempt by Borissov to prepare his supporters for the expected loss.

Bulgaria’s central election committee had to buy thousands of new machines to comply with the parliament’s decision. They were secured at the beginning of July.

Bulgaria’s previous parliament also removed the cap on the number of polling sections abroad. As a consequence, more than 7,000 sections will be opened abroad for the July 11 vote.

In April, migrant voters supported mainly ITN and DB. At the time, their number was significantly lower and there were long tails formed by Bulgarians to vote, as well as cases of polling stations abroad being closed despite the large number of people still waiting to cast their ballots.