A photo showing members of Ukraine's irregular Azov battalion of volunteers performing a Nazi salute in the headquarters of the Kyiv region police may heat up the political battle in Ukraine over staffing the new government.

The photo was posted to the social network account of an alleged neo-Nazi Artem Bonov, and discovered by Anton Shekhovtsov, Ukraine's leading internationally recognized researcher of the far right.

The photo will provoke controversy because Vadim Troyan, deputy commander of the Azov battalion, has been dogged by accusations that he is a neo-Nazi, and he was the surprise choice by Ukraine's interior minister Arsen Avakov on October 31 to head the police force in Kyiv region, the administrative unit around Kyiv. "With neo-Nazi Vadym Troyan appointed as head of the Kyiv regional police, I would not be surprised if these guys were newly employed law enforcers," Shekhovtsov commented on Facebook.

Another leading far-right figure with links to Azov, Yuriy Mykhalchyshyn, was also controversially given a top position in Ukraine's security service on October 31. The commander of Azov, Andriy Biletsky, also an alleged neo-Nazi, was elected to parliament on October 26 on the ticket of pro-Europe party 'People's Front,' led by prime minister Arseny Yatsenyuk, of which Avakov is a co-founder. Biletsky has denied being a member of neo-Nazi organization Patriots of Ukraine, despite being listed as such by the People's Front.

The compromising photo - which does not show Troyan, and seems to have been taken before his appointment as Kyiv region police chief - suggests political ties between the nationalist Azov irregulars, Ukraine's neo-Nazi underground, and Ukraine's pro-European ruling political coalition. Avakov, who like Troyan hails from the East Ukrainian region of Kharkiv, where he was previously governor, is regarded as particularly close to both Troyan and Biletsky. "Biletsky and Troyan are being covered by Avakov," Shekhovtsov commented.

In a crucial interview on German TV November 30, Ukraine's President Petro Poroshenko assured Germans that accusations of neo-Nazi elements among Ukraine's irregular battalions were just part of a "ruthless propaganda campaign unleashed by Russia against Ukraine".

The compromising photo has been eagerly snapped up and circulated by pro-Russian media as proof of Kyiv's links to 'fascists', and may strengthen Poroshenko's stated wish to see Avakov leave the interior ministry, complicating the formation of the new government, pundits say.

Avakov's position as interior minister is currently one of the main bones of contention between  Poroshenko and Yatsenyuk,  according to sources cited by Ukrainian internet portal The Insider.  The two men lead the two largest parties in Ukraine's newly elected parliament, and are at odds as to how the new government should be formed and consequently who should be in it, delaying the appointment of a urgently needed new government.

Yatsenyuk is holding out for his party colleague and close ally Avakov to retain his position in the interior ministry, along with other party colleagues.  Poroshenko is proposing appointing qualified foreigners to a number of top government posts, and more generally for a government of experts and not party grandees, in a bid to reduce Yatsenyuk's sway over domestic policy.

Avakov reportedly believes the appointments of leaders of the irregular battalions to state posts is justified in order to integrate the battalions politically, whatever their links to the neo-Nazi underground. The battalions have frequently threatened to 'come to Kyiv and clean things out' if the politicians prove unable to move ahead with reforms and root out corruption.

Ukraine's new ruling coalition - comprising politicians from three smaller pro-Europe parties alongside Poroshenko's eponymous party and the Yatsenyuk-led 'People's Front'  - originally said that the government could be ready by the next meeting of the Rada on December 2. But the dispute over personnel has delayed the process, with Poroshenko's idea of appointing foreigners complicating matters.

On November 27, parliament voted for Yatsenyuk as prime minister, and Poroshenko ally Volodymyr Hroisman to the post of speaker.

On December 1, People's Front and the Petro Poroshenko Bloc then jointly proposed the softly spoken mayor of West Ukraine town Lviv, Andriy Sadoviy, to take the post of first deputy prime minister, according to announcements on their websites. Sadoviy is also the leader of the third largest party in parliament, Samopomich.

But in a statement responding to the job offer, Sadoviy refused to accept it, saying that he wanted to remain mayor of Lviv. Instead he proposed US citizen Natalie Jaresko, founder of well-known local investment company Horizon Capital, and a former employee of the US embassy, to take the post. Currently, foreigners are barred by law from holding government posts, and the appointment of Jaresko or any other foreigner could require a constitutional majority of two-thirds.

The highly regarded Jaresko's appointment might be welcomed by international financial institutions, but is too late to accelerate the disbursement of funds desperately needed by Ukraine to stave off default, with an team from the International Monetary Fund leaving Kyiv on November 28 before any new government could hold talks with them.

"So Ukraine will be left to fend for itself now till the end of January, at the earliest. (…)  I am afraid the Ukrainians have hardly helped themselves by taking over a month to form a government - the IMF cannot negotiate if there is no sitting government in place," wrote Standard Bank's analyst Tim Ash. 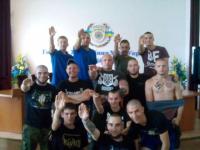