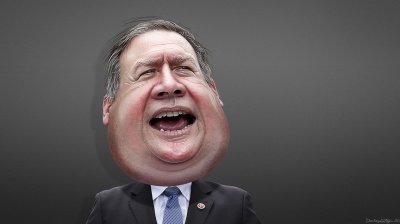 The US on September 21 imposed sanctions on 27 individuals and entities involved in Iran’s nuclear development, ballistic missile and conventional weapons programmes as it pushed ahead with its claim that it has legally managed to unilaterally reinstate UN sanctions on Tehran.

Washington demanded that the European Union follow suit. But the US has received almost zero support for the sanctions snapback at the UN Security Council and Europe’s big three, namely the UK, France and Germany (E3) say its move is null and void. The Europeans are in effect accusing the US of introducing rogue sanctions.

Those hit with the new sanctions included officials at the Iranian ministry of defence, nuclear scientists, three bodies associated with the Atomic Energy Organization of Iran and anyone deemed to be trading in conventional weapons with Iran.

Announcing the sanctions, US Secretary of State Mike Pompeo said the E3 would be required to both comply with the sanctions and enforce them.

A UN arms embargo on Iran is set to expire incrementally from early October, but the US claims that because of its unilateral move the weapons ban is now fixed in place indefinitely.

The US State Department declared: “The UN arms embargo on Iran is now re-imposed indefinitely, and we will ensure that it remains in place until Iran changes its behaviour. The new executive order gives us the tools to hold accountable actors who seek to evade the embargo”.

In reality, the UK and EU members are unlikely to attempt to enter into arms deals with Iran, but Russia and China are known to have been eyeing possible such trades after the embargo no longer applies.

Russian Foreign Minister Sergei Lavrov said the Kremlin viewed the new US sanctions as illegal, but he did not comment on whether Russian companies would seek to get around them or deal in arms with the Iranians. Recent months, meanwhile, have brought many reports that China and Iran are continuing in talks on a $400bn trade and investment deal. It would be likely to include arms, but it is improbable that Beijing and Tehran will decide whether to proceed with the deal until the US political scene is clear after the US election on November 3.

Separately, Iranian Foreign Minister Mohammad Javad Zarif said on September 20 that he was willing to trade all US citizens in Iranian jails with jailed Iranians in the US. “Let us do a universal deal. We can exchange all the prisoners. Period,” he said.

Also, as he spoke in a virtual event with the Council on Foreign Relations, Zarif was asked whether Iran was still considering retaliation for the January killing by the US of Qasem Soleimani, the Islamic Revolutionary Guard Corps (IRGC) commander who was the de facto head of Iran’s armed forces. He replied: “Trump ordered the assassination of a national hero for Iran and for the region. I’m not in the business of making threats, but the books are not closed.”

Iranian officials on October 18 hailed the lifting of a 13-year UN arms embargo on their military, with the speaker of Iran’s parliament (the Majlis), Mohammad Bagher Ghalibaf, describing it as a ... more