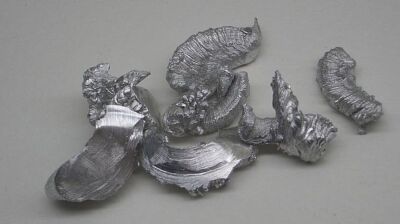 The US is looking to find ways to cut Russia off from its aluminium revenues. / W. Oelen
By bne IntelliNews October 14, 2022

The US is considering blocking Russian aluminium imports, Reuters and Bloomberg reported citing unnamed sources close to the administration of President Joe Biden.

As covered in detail by bne IntelliNews, although Russian metallurgy is buckling under wartime economic realities, some Russian metals are deeply embedded in global markets and are hard to sanction.

Previously in July, the US has exempted strategic metals such as crude aluminium, palladium, rhodium, nickel and titanium from a hike in import tariffs.

According to the official trade data studied last month by Reuters, EU and US imports of Russian aluminium and nickel in March-June 2022 jumped by 70% to $2bn. The analysts surveyed by Reuters said the US and EU are avoiding repeating the fallout from the 2018 sanctions on Russian aluminium on the construction, auto and power sectors.

But this time around as a reaction to the latest escalation of the Ukraine war by Russia, the US could reportedly choose between a blanket aluminium import ban, raising tariffs so much that it would effectively halt imports, or sanctioning Russian aluminium major United Company Rusal directly, according to Bloomberg sources.

Deripaska and his companies had already been singled out for US sanctions for Crimea's annexation, but after the price of aluminium soared 40% in a day on the London Metal Exchange (LME) following the move, the US Office of Foreign Assets Control (OFAC) delayed imposing the sanctions and eventually backed off completely, making the sanctions on Deripaska the only ones to have been subsequently dropped since the regime was introduced in 2014.

“Russian deliveries amount for about 10% of total aluminium imports in the US, with Bloomberg data showing Russia was the third-largest aluminium exporter to the US in August,” BCS Global Markets commented on October 13.

The US share in the company’s total revenue accounts for about 6%, though BCS GM believes that the company would redirect the US supplies if the ban materialises.

However, direct sanctions against UC Rusal would complicate exports to other destinations as well. The US authorities might have fired a warning shot for Rusal and Deripaska earlier this week, as British businessman Graham Bonham-Carter was arrested on US charges of conspiring to violate sanctions imposed on the Russian aluminium magnate.

Deripaska has already been sanctioned by the EU and UK in 2022. Australia, the world's largest exporter of bauxite and alumina, has announced a ban on exporting these commodities to Russia. Bauxite ore and alumina are input materials for aluminium production, with Australia accounting for about 20% of Russia's supply of alumina.