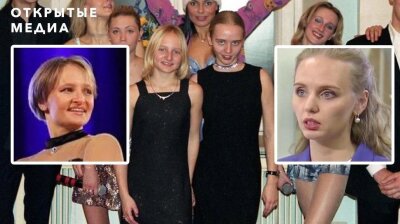 Russian President Vladimir Putin’s two daughters were among the people and companies included in new White House sanctions announced on April 6 for the Russian military invasion of Ukraine and the atrocities of “the Putin regime”, including the massacre in Kyiv’s suburb of Bucha that saw 350 civilians murdered in cold blood.

As followed by bne IntelliNews, following reports of alleged war crimes by Russian troops in Bucha, north-west of Kyiv, the EU, US, and the UK have announced a fifth package of sanctions.

The US has now extended the sanctions with the “full blocking sanctions” on Russia’s largest state-controlled bank Sber (formerly known as Sberbank) and Russia’s largest private bank, Alfa Bank, owned by oligarch Mikhail Fridman, who is also under personal sanctions. Although an official statement from the Treasury Department is yet to follow, this means adding the banks to the SDN (Specially Designated Nationals) list, which makes it impossible for US citizens, banks or companies to do business with them.

Previously Sber was subjected to milder sanctions under the CAPTA act, which only implied restrictions on correspondent accounts in the US. Now Sber and Alfa, along with already sanctioned VTB, Otkritie, Novicombank and Sovcombank, will have to bear the maximum possible restrictions: a block on the bank's assets in a US jurisdiction, a ban on dollar transactions, a ban on conducting any transactions with US counterparties.

However, the US stopped short from sanctioning Gazprombank, which would paralyse payments for Russian natural gas exports as the bank is now a hub of Putin's ruble-for-gas policy. The deadline for complying with the sanctions is April 13 for Sber and June 30 for Alfa Bank. Notably, both banks will get exceptions from sanctions for the payments of energy supplies.

In addition, under an executive order from President Joe Biden, any new investment in Russia by any US entities will be banned. “This action builds on the decision made by more than 600 multinational businesses to exit from Russia. The exodus of the private sector includes manufacturers, energy companies, large retailers, financial institutions, as well as other service providers such as law and consulting firms,” the announcement said.

The analysts and legal experts surveyed by Vedomosti daily want to have more details on what will qualify as “investment”. They believe that the decree, while in effect, could effectively block US companies that pulled out of Russia from resuming the operations.

The announcement also pledged full blocking sanctions on “critical major Russian state-owned enterprises”, without specifying. The Treasury is set to announce the names of these entities on April 6.

The Treasury also confirmed the previous prohibition of making debt payments with funds subject to US jurisdiction. bne IntelliNews covered in detail how closing a loophole allowing the Russian Finance Ministry to use gold sanctions and FX operations to service its Eurobond debt has already resulted in potential technical default on at least two issues.

Previous sanctions by the US included an import embargo on Russian oil and other trade and investment sanctions, sanctioning eight prominent Russian billionaires, and Russian financial, technology and defence institutions.

The Treasury also sanctioned the CEO of Russia’s largest bank Sber, German Gref, dozens of Russian defence companies and 328 members of the Russian State Duma. The USTD also confirmed that gold reserves of the Central Bank of Russia (CBR) are sanctioned, by publishing a new guidance on gold transactions.