US continues to promote direct dialogue between Azerbaijan and Armenia 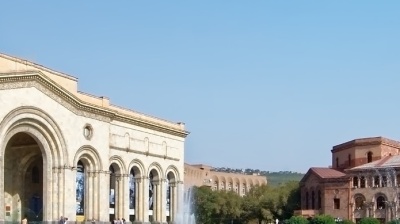 / bne IntelliNews
By bne IntelliNews January 4, 2023
The US continues to maintain its commitment to promoting a secure, stable, democratic, prosperous and peaceful future for the South Caucasus region, US State Department spokesman Ned Price said at a briefing.
"We continue to maintain our commitment to promoting a secure, stable, democratic, prosperous, and peaceful future for the South Caucasus region. We continue to engage bilaterally with likeminded partners like the European Union and through international organizations like the OSCE to facilitate direct dialogue between Azerbaijan and Armenia to find solutions to all outstanding issues relating to or resulting from the Nagorno-Karabakh conflict."
"As you know, there were a couple of occasions where the Secretary himself had an opportunity to bring together his partners, his counterparts, from Armenia and Azerbaijan. We did so once here in Washington at Blair House late last year. We did so once in New York City on the margins of the UN General Assembly in September," said Price.
While wishing for parties to "make progress", Price noted, "It is not for us to prescribe what a comprehensive solution to this conflict looks like. That is the hard work that the parties themselves will have to do."
With the December blockade of the Lachin corridor, which is the only open border of Nagorno-Karabakh, leaving 120 ,000 people in the blockade suffering food, fuel and basic necessity shortages, the negotiations between Armenia and Azerbaijan have been blocked.
Armenian Foreign Minister Ararat Mirzoyan refused to participate in a meeting with his Azerbaijani counterpart Jeyhun Bayramov scheduled for December 23, the Russian Foreign Ministry said.