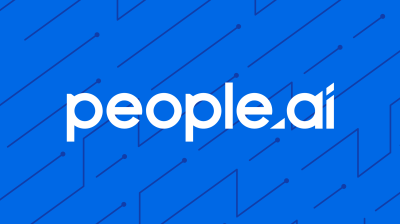 Ukrainian startup People.ai has attracted $100mn of investment the company “unicorn” status as the deal values the company at $1.1bn, its founder Oleg Rogynsky said on August 11, as cited by the Kyiv Post.

Other Ukrainians include Grammarly, GitLab, BitFury and Revolut, which all have Ukrainian founders.

People.ai has developed a program that analyses how sales specialists work and helps them to forecast sales, close deals and find new clients more effectively. Among the company’s clients are big names like Zoom and Lyft.

Amongst the investors of the $100mn deal are UEA sovereign wealth fund Mubadala Investment, which has become increasingly active in Eastern Europe. Amongst the private investors is Akkadian Ventures, a venture capital investment firm from San Francisco.

They join the startup’s existing investors that includes: the US ICONIQ Capital and Lightspeed Venture Partners, who also participated in the new round of investments.

With this money, People.ai wants to continue its growth and expansion in new markets.

Over the last year, People.ai increased the number of its clients by 260%. The company’s annual revenue is estimated at “tens of millions of dollars,” according to Roginsky. He said that People.ai is not profitable yet.

Roginsky revealed to Forbes that the company’s strategic goal is to go public. “We were looking for investors with the greatest access to money, so that after the initial public offering (IPO) they could buy our shares, maintaining the market price,” he said.

After the recent investment round, Forbes estimated Roginsky’s fortune at $440mn, twice more than $210mn in shares he owned before. Now Roginsky is in the list of the 25 richest Ukrainians — he is the third Ukrainian techie ever who entered the list.

Roginsky’s company, which now employs over 240 people, is based in California; 40 tech specialists work from the office in Kyiv.