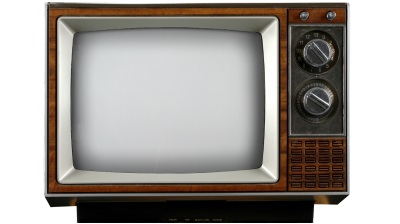 Over 90% of those of pension-age rely on TV to obtain information, while only 42% of those under 25 watch news broadcasts
By Eurasianet August 13, 2019

TV used to be the main source of power in Russia, but unlike China, the internet is open and younger people get the majority of their news and information online. The state has belatedly woken up to the need to control online content, but its efforts so far to clamp down have proven ineffective.

The Kremlin is losing control over mass media in Russia, a recent study by the Moscow-based Levada Center indicates. Younger Russians are increasingly tuning out state television and turning to independent news websites and social media to find out what’s going on in the world, the report states.

The central finding of the Levada Center report, titled The Russian Media Landscape 2019, is that state television’s position as the leading purveyor of news for Russians is eroding almost as fast as Greenland’s ice sheet. Whereas a decade ago 94% of Russians obtained information about domestic and international affairs from television, today about 72% do, the report says. It also shows that the most loyal television viewers are the oldest Russians: over 90% of those of pension-age rely on TV to obtain information, while only 42% of those under 25 watch news broadcasts.

“The most noticeable change has occurred in the level of popularity of Channel One: Over the years, the number of respondents who named it on the list of regularly watched [outlets] has decreased from 72% to 47%,” the report says.

Specifically, over the last eight years the popularity of Internet news outlets and social media has grown 250% – to the point where a third of Russian adults now obtain most or all of their news from web-based sources. In addition, a majority of Russians are now habitual social media users and sharers; among Russians under 25, 85% are “daily” or “almost daily” users.

“Today, about 56% of Russians use social networks regularly (“daily, almost daily” and “several times a week”),” the Levada report says. “About a third of the country's population has never used them.”

The use of messaging apps, such as Telegram, is likewise booming in Russia. Over the last three years, the percentage of regular messaging app users in Russia has doubled, reaching 62%.

“The leaders among applications are WhatsApp (49% of Russians) and Viber (31%). About 17% use the messenger VKontakte, Skype – 14%,” according to the Levada report.

“Telegram's audience, which has grown markedly last year amid [efforts to block it], today is about 8% of the population,” the report adds.

The Levada report contained grim news for consumers of print and radio broadcast journalism. Audiences have declined by more than 200% over the past decade.

Another likely source of concern for the government is connected to public trust in sources of information: Faith in independent web outlets and social media is growing slowly, while the believability of television news is declining rapidly. A decade ago, roughly 80% of viewers believed what they were told on TV. These days, the figure hovers around 55%.

A longer version of this article first appeared on Eurasianet here