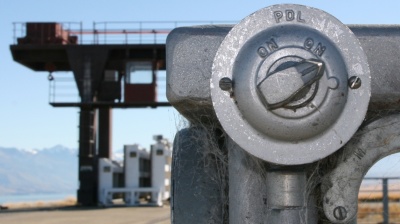 Nowadays on the Turkish markets it sometimes seems like you can have it both ways.
By Akin Nazli in Belgrade December 7, 2018

Turkish private lender Akbank has received regulatory approval from the Capital Markets Board of Turkey (SPK) to issue up to TRY1.5bn (€247mn) worth of mortgage-backed securities abroad, according to the SPK’s latest regular weekly bulletin released on December 6.

Shares in state-owned Halkbank gained 4.97% d/d to TRY7.39, down 18% y/y, after the state-controlled Anadolu Agency news service reported that New York prosecutors have withdrawn an appeal to extend the sentence of Hakan Atilla—Atilla is a former deputy general manager of Halkbank who was sentenced in May to 32 months in prison by a New York federal judge for his role in a scheme to evade US sanctions against Iran.

Meanwhile, the finance ministry announced on December 7 that Turkiye Kalkinma Bankasi (TKB) completed the issuance of TRY3.15bn (€521mn) worth of asset-backed paper based on mortgage-backed securities to be issued by state-owned lenders Ziraat Bankasi, Halkbank and Vakifbank and private lender Garanti Bankasi.

TKB did not file any announcement with the public disclosure platform (KAP) regarding its own issuance, while its shares were up 0.25% d/d to TRY31.80, bringing the annual gain to a bold 490%.

The 5-year paper with a fixed-coupon payment of three months attracted demand 2.43 times higher than the issue volume from 188 different qualified investors. The paper will be listed on the Borsa Istanbul (BIST), the finance ministry also said, without elaborating on any details of the investor composition.

JCR Eurasia Rating has assigned a long-term national rating of ‘AAA (Trk)’ and a long-term international local currency rating of ‘BBB-’ on the TKB paper, the lender said on November 29 in a bourse filing.

JCR was not among the targeted rating agencies when Moody’s Investor Services, Standard & Poor’s and Fitch Ratings, making up the “Big Three”, were subject to public scorn following the US subprime mortgage crisis in 2007.

Turkish conglomerate Yildirim Group is the owner of Eti Krom, Turkey’s largest producer of chrome ore and also a manufacturer of high-quality high-carbon ferrochrome. The group is also an owner of Vargon Alloys AB, one of the oldest ferrochrome plants in Sweden and it is the world’s largest hard lumpy chrome ore producer as well as the world’s second largest high-quality high-carbon ferrochrome producer.

Separately, Denizbank, following its strong day on the stock market on December 6, had another strong day and became the largest lender on the BIST by market cap after its shares rose further by 12.46% d/d to TRY11.1, bringing the annual gains to 221%. Denizbank’s share price stood at just TRY4.86 on November 21 at the close.

Currently, Denizbank is also the second largest company on the BIST with a market cap of TRY32.73bn. That puts it just behind the country’s largest conglomerate Koc Holding, the market cap of which stands at TRY38.19bn.

Some 99.85% of Denizbank is owned by Russia’s Sberbank with only a small part of its shares on free-float, according to the public disclosure platform (KAP) . Denizbank is subject to a delayed sale process under which Emirates NBD is to acquire 99.85% of it.

Finansbank is currently the fourth largest lender on the BIST with a market cap of TRY24.15bn.

Qatar National Bank (QNB) owns 99.88% of Finansbank with only a small part of its shares on free-float, according to the KAP.

Denizbank was Turkey’s 9th largest bank with TRY147bn worth of total assets at end-September while Finansbank ranked in 8th place with TRY181bn. Isbank was the country’s second largest bank, following state-owned Ziraat Bankasi, with assets worth TRY444bn, according to the latest data from Turkish banking association TBB.

Garanti is third with TRY411bn in assets and Akbank is fourth with TRY392.5bn in assets.

“Statistics, indicators would be conflictive in an environment where perceptions are controlled by the government,” Korkut Boratav—an economy professor widely regarded as a doyen in his field—told daily Birgun on December 1, adding: “Bankruptcy protection applications rise while the FX is cheapening… Unemployment in the construction industry jumps while home sales are growing… Loan usage declines while lending rates are falling…”

December 4 saw the lira slip roughly 3% d/d to around 5.40 levels after the statistics institute TUIK on December 3 reported a surprisingly strong reduction in its annual consumer price inflation rate. The surprising extent of the drop in headline inflation triggered anxieties that a premature policy rate cut could be on the cards in the run-up to the March 31, 2019 local elections. That put the frighteners on the currency market.

On December 5, market comments suggested that the local currency retreated after the central bank said in its regular Monetary and Exchange Rate Policy for 2019 that it was sticking with its absurd 5% inflation target even though the annual inflation rate remains above 20%.

“The [Central] Bank shall determine the inflation target together with the Government,” according to the current law on the Central Bank of the Republic of Turkey. Looking ahead, the market can therefore not at all expect a change in the inflation target to be solely set by the central bank in its regular monetary strategy release.

There is considerable cognitive dissonance on the markets in that there is much discussion of, for instance, how the central bank has hiked its policy rates more than 1,000 bp this year, with a blithe lack of acknowledgement and factoring in of previous criticisms that the rate-setters were in fact very likely not entirely in control of monetary policy given stark comments on political interference that have come out of the Erdogan administration. And the patent situation is still that no-one can be quite sure how much independence the regulator has in monetary matters.

“It is a positive commitment but it doesn’t mean [the Turkish central bank] will not cut [the policy rate] if FX appreciates,” Guillaume Tresca of Credit Agricole told Bloomberg on December 5, responding to the latest standpoint outlined by the central bank, adding: “The real test is the December MPC [Monetary Policy Committee to be held on December 13]. The [central bank] has not showed it was independent over the past months. It takes time to build credibility.”

It is also stated on the markets that the confirmation of the tight fiscal policy outlook on December 5 by the Financial Stability and Development Board (FIKKO) has helped with the lira recovery.

The TRY, which has lately led currency fluctuations across the emerging markets universe in both directions, was trading at 5.2869 against the USD, stronger by 0.50% d/d, as of 18:00 local time on December 7.

It was trading in the 5.10s last week while its all-time weak rate of 7.24 to the dollar occurred on August 23.

“We expect the [central bank] to remain on hold this month, while it will likely maintain its hawkish bias with a promise to deliver policy tightening if needed. This is due to continuing challenges on the inflation front, the risk of the TRY coming under pressure again, low reserves and currently fragile capital flows. So the [central bank] will remain in a wait-and-see mode and closely watch price and financial stability risks, as well as the ongoing deterioration in the growth outlook,” Muhammet Mercan of ING Bank said on December 7 in a research note.

“Signs of softer inflation and weak economic activity will almost certainly prompt the Turkish MPC to strike a dovish tone at Thursday’s meeting. Investors seem to share our concerns that policymakers will move too quickly to loosen policy and fail to tackle the country’s inflation problem,” Jason Tuvey of Capital Economics said also on December 7 in a research note.

Capital Economics assessed that the Q3 GDP data, to be published on December 10, was set to show the economy contracted by 1.6% q/q. Data due out on December 11 was likely to show that the current account position remained in surplus in October, it added. GDP and the current account have been impacted by a slump in domestic demand amid the recessionary conditions, according to the economic research company.