Turkish airport with next to no passengers put up for sale 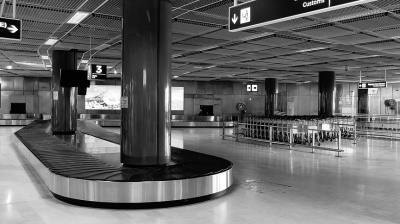 Zafer Airport, built under a €50mn public private partnership (PPP) in Kutahya, western Turkey, has been put up for sale and is awaiting offers, Abdullah Keles, chairman of the airport, lately informed Bloomberg.

“We are ready to transfer the airport to any party that will pay us what we invested and assume the debt,” Keles said.

For 2020, the Turkish government attached a passenger guarantee of 1.28mn to Zafer, a regional airport meant to serve Kutahya, Afyon and Usak provinces. But just 7,235 passengers used the airport.

As of 2020, Kutahya, Afyon and Usak provinces were inhabited by a combined population of 1.68mn.

Zafer has passenger guarantees to 2044. Its operator IC Ictas Insaat, among the leading contractors for governement work in Turkey, received €6.74mn in relation to the airport from the Erdogan administration in 2020.

The government paid a total of €21mn in compensation to the contractor from 2012 to 2016, according to the Turkish Court of Accounts.

IC Ictas has not received a dime from Zafer but it has nevertheless injected fresh capital each year despite the state guarantees, according to Keles.

Turkey has budgeted for Turkish lira (TRY) 30bn ($3.5bn) in guarantee payments for PPP projects in 2021, but the sum will likely be higher due to lira depreciation, Ugur Emek of Baskent University told Bloomberg.

The government has provided a total of $154bn in income guarantees to PPP projects, including $81bn for city hospitals, $35bn for the Akkuyu nuclear plant project being built by Russian contractors and $37bn for remaining transportation projects, according to calculations made by Ugur Emek.

The $81bn sum will definitely be paid to city hospital operators in the form of rent expended by the health ministry. Some guarantees given by the government could possibly be unrealised if concerned projects earn money. However, among the completed projects, there is yet to be a self-financing project.

The government paid around TRY2.2bn ($250mn) in guarantees to the contractors of the 250-mile North Marmara Highway, which runs from Istanbul to Sakarya province, in 2020, according to Bloomberg.

It also paid TRY1.6bn to the contractors brought in for the Gebze-Izmir Highway, which links Istanbul to the Aegean port of Izmir, in H2 2020.

IC Ictas is. meanwhile, in trouble with the Istanbul project for the Third Bosporus Bridge, or Yavuz Sultan Selim Bridge. The project was awarded under a PPP model in 2012. Astaldi took a 33% stake in the consortium and IC Ictas 67%.

In 2013, the consortium, made up of Italy’s Astaldi (later renamed WeBuild) and IC Ictas, obtained a $2.3bn loan with a guarantee provided by the Turkish Treasury.

In 2016, an additional $420mn loan was received under the Treasury guarantee.

In 2019, the largest M&A deal in Turkey was the acquisition of a 51% stake for a consideration of $689mn in ICA, which operates the bridge, by a Chinese consortium that includes six affiliates of China Merchants Group. IC Ictas held the remaining 49% stake in the bridge.

However, in August, unnamed sources told the news service that the deal was under threat due to disagreements between IC Ictas and China Merchants Group over the restructuring deal.

On August 22, Zhejiang Expressway, one of the members of the consortium led by China Merchants Group, said in a filing with the Hong Kong Stock Exchange that IC Ictas had sent a letter to the consortium to terminate the deal.