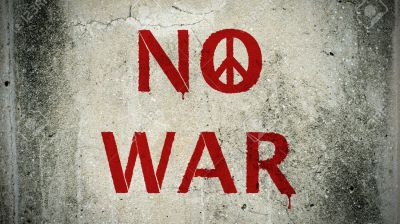 Erdogan has suffered a severe slap in the face in Idlib but there is no full-blown war between Turkey and the Russia-backed Syrian forces partly because the Turkish strongman (though less strong by the day on the current trajectory) wouldn't dare go so far as things stand.
By Akin Nazli in Belgrade March 1, 2020

Erdogan the distraction artist is working overtime. The red lights are now flashing incessantly on his Syria and economic woes, prompting the Turkish president, determined to divert attention from his own crises, to trigger a potential crisis for Europe by flinging open border gates to refugees intent on reaching the European continent.

During the day on February 27, Recep Tayyip Erdogan said developments in Syria’s northwestern Idlib province on the Turkish border had turned to Turkey’s advantage. On the night of February 27, what can only have been Russian jets killed at least 33 Turkish soldiers in airstrikes in Idlib.

On February 29, the Russian foreign ministry said that, following several days of talks in Ankara, Russia and Turkey had agreed to reduce tensions in the province, despite not committing to end military action there.

The USD/Turkish lira (TRY) rate tested over 6.25 and stood at 6.24 by 14:05 local time on March 1. Bloomberg quoted “three unnamed traders with knowledge of the matter” as saying that state banks sold $1bn to support the lira just prior to the weekend.

One can only wonder

Russia denied any role in the air assault but the observer can only wonder where the Assad regime would obtain the kind of jets needed for such an attack. Newspaper readers in the Western hemisphere might do well to ask themselves such crux questions as why Erdogan has not pointed the finger of fury at the Kremlin for the deaths of the soldiers because the coverage of these affairs in their media outlets simply allows for curtailed attention spans that don’t reach into the heart of matters. Erdogan must not only be jittery in his boots at the prospect of a military showdown with Russia, he also knows that his so-called good buddy in the Oval Office is in the final analysis a Putin sympathiser (or, worse, a Putin lackey if you believe the most spine-chilling hypotheses still out there).

On February 28, Erdogan held separate phone calls with his patrons in the Kremlin and the White House.

Clearly, Erdogan was desperately seeking a meeting with Vladimir Putin given the intensification of Russian and Syrian attacks in Idlib. But Putin has been stalling (the latest indication is that a meeting with Erdogan will take place in Moscow on March 5 or 6).

In response to the stepping up of attacks, Turkey’s flailing leader attempted to place some additional troops in Idlib. It was some of those intended troops that were bombed by the Russian jets on the night of February 27.

Erdogan badly needed some noise to distract from this alarming loss of face. On February 28, his officials transported some Syrian migrants in Turkey to the Greek border.

The refugee bogeyman is not just good for Erdogan, but also for his illiberal, populist pals. “During a phone call earlier today on migration and the current war situation in Syria, Turkish President Recep Tayyip Erdogan informed [Hungarian] PM [Viktor] Orban that there is enormous pressure on Turkey and that they can no longer hold back the flow of migrants,” Orban’s press office said in a statement late on February 29.

On February 29, three days after the Russian air assault, Erdogan, attempting to give off the air of a strongman who is never perplexed, was on television addressing his Istanbul MPs.

He talked once more about some fictitious characters who supposedly drank beer at a mosque during the Gezi protests of 2013 and he referred to his chats with Angela Merkel, the German chancellor who cannot come up with a successor to take the reins of her magnificent economic success achieved at the cost of the entire collapse of European values at the hands of Erdogan and his ilk (to a domestic audience, Erdogan always talks about Merkel as if she is his to do with as he pleases).

Speaking in Istanbul, Erdogan said he had told Putin in a latest phone call to stand aside and let Turkey “do what is necessary” with the Syrian government alone, Reuters reported on February 29.

From the way Erdogan described the call, you might be tempted to deduce that Putin immediately ordered Russian troops in Idlib to stand aside. Don’t be.

“Boom,” Timothy Ash of BlueBay Asset Management responded to the news story on the refugees, adding in a second note to investors, focused on the Syria story: “Looks like proper war. With Erdogan threatening escalation in Syria and allowing migrants to cross to Europe he is trying his best to get the attention of Europe to mediate a deal in Idlib.”

Erdogan’s clutching at European straws is only one manifestation of his despair. But playing with Europe is a costless perceptions management activity for Turkey’s fake tyrant—the idealism of the European project has been placed in the deep-freeze, with the dissipating bloc’s mongers of “pure reason” only too willing to pragmatically avert their gaze from the deaths of refugees, dissidents or whomever proves inconvenient.

Latest developments in Syria, and with the refugees, also brought about some Nato meetings—vague promises of strengthening Turkey’s air defences were made but the meetings and statements simply served to underline the tragedy of the depleted, disunited Western military bloc, described by French President Emmanuel Macron as “brain dead” not so long back in a comment he has not withdrawn.

Meanwhile, back on planet Earth, the spread of the coronavirus seems to have become the awaited trigger for a global financial and economic meltdown. Perhaps it will take the entire current world order with it.

The US stock exchanges sank by as much as 15% from their only recently posted record highs while US Treasury yields tested historical lows. Crude oil prices toyed with $45/barrel.

The central banks have also been assigned to fight the virus. They should be assigned to lower the calories in French fries too.

“As ever, there is talk of concerted central bank activity over the weekend which, if true, may help at the margin but since rates are already so depressed, I'm not sure what significance such measures would have,” Julian Rimmer of Investec said on February 28 in a note to investors.

“This meant in FY2019 Weirdogan could claim the Turkish economy still grew, albeit at just 0.9% (when inflation averaged somewhere in the teens) and, of course, if you believe the data provided by his hugely compromised state agencies. I don't believe the data, as it happens. The Turkish president is following the playbook of dictators down the ages, using military escapades abroad to distract from the failure of economic policies at home and the stupidity of using foreign policy to pursue domestic aims is now apparent to everyone. Except him, of course,” Rimmer said.

“It's impossible to offer advice on stocks in this environment. Fund managers must manage cash flows and those usually are inconsistent with measured investment decisions. Things would be bad enough just dealing with the effects of Coronavirus without this grande spectacle de merde unfolding on our screens,” he added.

It’s fortunate Erdogan did not release a growth figure of 60% rather than 6%. For then the mainstream media would have been obligated to discuss the signs of overheating in the global economy.

“Turkey shows evidence of a building credit impulse, rivaling in size the Q1 2019 credit expansion ahead of [its local] elections,” the Institute of International Finance (IIF) said on February 27 in a research note entitled “A Growing Credit Impulse across EM”.

On February 27, the TUIK said that it had changed the methodology behind its headline foreign trade figures.

As it’s only the headline figures that are read by 99.999% of the audience, you may soon hear about some marked recoveries in Turkey’s trade deficit data amid the latest round of credit-fuelled growth.