The battle for the billions: Russia meets Ukraine in court in dispute over defaulted $3bn Eurobond 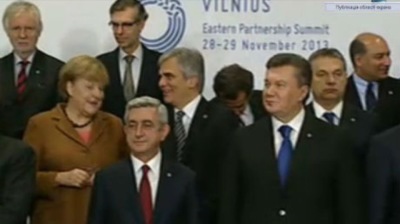 Russia and Ukraine met in court again on December 9 at the start of a hearing to settle an argument over a $3bn Eurobond that Kyiv bought from Moscow in December 2013 under former Ukrainian president Viktor Yanukovych.
By Ben Aris in Berlin December 10, 2019

Russia and Ukraine met in court again on December 9 at the start of a hearing to settle an argument over a $3bn Eurobond that Kyiv bought from Moscow in December 2013 under former Ukrainian president Viktor Yanukovych.

That bond was supposed to be the first part of a $15bn package to bail out Ukraine’s struggling economy agreed between Russian president Vladimir Putin and Yanukovych, who was ousted the following May in during the EuroMaidan protests.

The new government in Kyiv under former president Petro Poroshenko refused to pay the money back and defaulted on the debt when it came due in 2015. Russia went to court to recover the money and the two sides have been locked in a legal battle ever since.

Russia told Britain’s Supreme Court that Ukraine cannot use the geopolitical dispute between the two countries as an excuse to ignore its debt obligations. The Eurobond was bought through the Irish Stock Exchange and is subject to British law.

The Ukrainians argue that the government was forced to buy the bond thanks to Russian pressure on the Yanukovych debt and so it is “odious debt,” which would mean that Kyiv is not obliged to pay the debt if the court accepts this designation of the debt.

The High Court of Justice in London ruled in Russia’s favour in 2017, but Kyiv won an appeal against the decision in September 2018 and the court ordered a more in-depth investigation into a claim that Russia coerced Ukraine into borrowing the money. Russia is now trying to have that ruling overturned.

Ukraine’s lawyer submitted documents to the court on December 9 that claim Kyiv was “induced to issue the Eurobonds by overwhelming pressure from Russia’s threats to Ukraine’s territory, economy and citizens,” Reuters reported.

Those threats, “were born out just months later with the unlawful invasion and occupation of Crimea, and military interference in eastern Ukraine,” Kyiv said in its filings to the court.

In effect Kyiv is saying that Russia was threatening to invade Ukraine and “forced” Yanukovych to buy the bond. However, it will have a hard time proving this line of argument as relations between Kremlin and Yanukovych were actually warm and there was no threat of violence against Ukraine at the time.

In 2013 the EU found itself pitted against Moscow in a wooing-war to win Kyiv over. Putin was putting together the Customs Union that was later transformed into the Eurasia Economic Union (EEU) and badly needed Ukraine to join if the prospective single market he hoped to build was going to be a viable rival to the EU. For its part the EU had already negotiated an Association Agreement with the Orange Revolution leader and then president Viktor Yushchenko, but the agreement had never been activated. Faced with the prospect of Ukraine definitively throwing in its lot with Russia, the Association Agreement was rapidly revived and offered to Yanukovych.

The showdown came to a head at a EU summit in the Lithuanian capital of Vilnius on November 28, 2013 where EU leaders expected Yanukovych to sign up to the Association Agreement. But as bne IntelliNews wrote on the eve of the summit “How the EU will lose Ukraine,” it was already clear that Yanukovych would stand the EU up. The economy was almost bankrupt and Yanukovych needed cash, and fast. The EU offered a slow moving deeper integration with the EU, but not full membership, and what cash was put on the table came with strings attached in the shape of deep and painful reforms. Putin offered $15bn in cash, no questions asked, with $3bn up front that was paid a few weeks later in December 2013.

Yanukovych’s decision to jilt the EU and get into bed with Putin sparked the Euromaidan protests that escalated over the following months. Following Yanukovych’s ousting the pro-EU government came in and fearing the loss of Russia’s Black Sea naval port quickly annexed Crimea in May 2014. But none of this was foreseeable in December 2013 when it appeared Ukraine had turned its back on the EU in favour of Russia.

From reported remarks it appears that the Russian legal position is to simple ignore all this and argue that the geopolitical dispute is irrelevant as the bonds still must be paid even if the two sides are at loggerheads. Mark Howard, a lawyer acting for Russia, told the five Supreme Court judges: “The geopolitical dispute. ..has nothing to do whatsoever with the enforceability of the notes.”

Russia’s Ministry of Finance said in a statement on December 9 that with interest the debt to Russia is now worth $4.5bn and said it was confident that the court will rule in its favour.

Russia rejected restructuring the deal brokered by former Finance Minister Natalie Jaresko in 2015 with its commercial creditors – the Russian bond was the only debt that was not restructured at the time. Kyiv insisted that the terms of debt repayment to Russia should be the same as for private creditors. The International Monetary Fund recognized the debt as sovereign and later had to change its own rules on offering a Stand By Agreement to Ukraine, as previously it was not allowed to give money to governments that were in default of their sovereign debt.

Should Kyiv lose the case and be forced to pay $4.5bn that would be a disaster.

Ukraine's international reserves increased by 2.5% month-on-month to $21.9bn in November, according to the National Bank of Ukraine, but that is only equivalent to 3.4 months of import cover. Should Ukraine hand over $4.5bn to Russia that will reduce its reserves well below the 3 months-equivalent of import cover economists consider the minimum necessary to ensure the stability of the currency and could cause an economic crisis and another deep recession.

However, Ukraine has several claims against Russia including the Stockholm's arbitration court award to pay the compensation of $2.6bn to Ukraine’s Naftogaz. Separately Naftogaz is suing Gazprom  for $12bn for “impairment of the gas transport system by building pipelines to bypass Ukraine,” the company said in January.

And on December 9 Naftogaz said it was one court decision away from being able to take possession of $5.2bn worth of Gazprom assets seized by the court in the Netherlands for non-payment of the Stockholm award. The court is due to issue its ruling on the case on February 25.

With all these cases and claims going on in the background, Putin has tried to link waiving Kyiv’s right to collect the Stockholm award to the signing off on a new gas transit deal between Ukraine and Russia – an idea that Kyiv has rejected out of hand. The negotiations and legal cases will continue for the foreseeable future.

Russia’s industrial output grew 2.1% on the year in 2019 and 8.9% on the month in December
TURKEY INSIGHT: The puzzle of Borsa Istanbul’s foreign-held shares boom
Ukraine’s domestic bond market off to a strong start in 2020 as yields fall below 10%