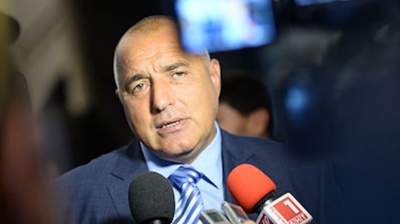 US experts have confirmed that an audio recording with the voice of Bulgaria’s Prime Minister Boyko Borissov, which was anonymously sent to local media in June, is authentic, MEP Elena Yoncheva said on July 24.

This is yet another scandal for Borissov who is facing mass anti-government protests lasting almost three weeks and who was forced to replace key ministers in an attempt to calm down the situation.

The analysis was made on Yoncheva’s initiative by the US company Beryl Audio Forensics Laboratory (BAFL) as in the audio, a person addressed by Borissov’s name was threatening to use any meaning to “burn” her.

The audio was allegedly recorded in April 2019 during a major scandal involving purchases of luxury property at very low prices by top members of Borissov’s ruling Gerb party. This was followed by a second scandal concerning the use of EU funds for the construction of luxury villas, which their owners claimed were guest houses but were in fact kept for personal use.

In the same recording, the man used insulting terms when talking about parliament speaker Tsveta Karayancheva, who is member of Gerb. He also spoke cynically about European leaders and explained how he had used institutions to put pressure on a businessman.

Yoncheva said that the analysis shows the recording was authentic and there are no traces of editing. The report concludes that the man’s voice belongs to Borissov.

“This record shows that there is no separation of powers, that he [Borissov] orders which businessman should be hit, with what tools, which politician should be ‘burnt’,” Yoncheva said in an interview with bTV after releasing the information.

She added that the expertise has legal value and that she intends to alert prosecutors in Brussels as she does not trust the independence of the Bulgarian prosecution.

“Threats are taken very seriously here in Brussels, because it means that the MEP is under pressure,” Yoncheva said.

The news about the authenticity of the audio file comes amid the biggest political crisis in Bulgaria since 2013. Tens of thousands of people have been protesting for 18 days in a row, demanding the resignations of Borissov and of chief prosecutor Ivan Geshev.

Instead of calming down, the protests got new strength after Borissov has announced the government changes, which were seen as yet another attempt by the prime minister to survive by replacing members of his government.