Serbia to launch talks with IMF on new reform programme 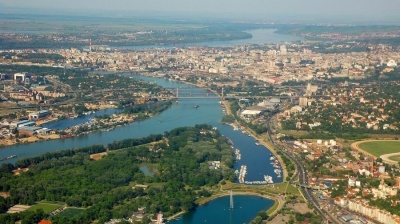 Serbia will launch talks with the International Monetary Fund (IMF) on a new reform programme by the end of January after successfully completing the previous one, Finance Minister Sinisa Mali said on January 9.

The country inked an agreement with the IMF on a Policy Coordination Instrument (PCI), which provides policy advice but no IMF financing, back in July 2018. It expires at the end of January.

On January 8, the IMF completed the fifth and final review of the programme, praising Serbia for its macroeconomic policy during the coronavirus (COVID-19) outbreak in 2020 and projecting robust growth in 2021.

Serbia weathered the coronavirus (COVID-19) pandemic better than most of its peers from Southeast Europe and the broader Central and Eastern Europe region. According to the IMF, Serbia’s GDP should expand by 5% in 2021 after contracting by just 1.5% in 2020. Unlike some other countries from the Western Balkans, Serbia did not turn to the IMF for financial support during the coronacrisis, opting instead to cover its financing needs through local and international debt issues.

“The policy programme has facilitated macroeconomic and financial stability, while advancing an ambitious reform agenda to foster rapid growth, job creation, and improved living standards. In response to the COVID-19 pandemic, program priorities shifted to supporting the economy and people through the crisis,” the IMF said in a statement on January 8.

Sebastian Sosa, the IMF’s resident representative in Belgrade, noted that Belgrade’s fiscal package was among the largest in emerging Europe.

“Policy measures — including monetary policy support and a large fiscal package worth about 9% of GDP — have played an important role in supporting the economy,” the IMF said. However, it warned that the hike in coronavirus infection rates in Serbia and its major trading partners since the autumn could negatively impact the nascent recovery.

Serbia’s fiscal deficit in 2021, which is planned at 3% of GDP, should help the country to return its public debt to declining path, while also creating enough space to support the recovery, including through higher public investments.

On the other hand, the IMF warned that increases in public sector wages should be limited and pension increases are expected to follow the agreed Swiss formula.

Sosa pointed out that some planned reforms were delayed by the focus on responding to the pandemic last year. “[R]eforms to strengthen the governance of state-owned enterprises and to develop capital markets were delayed, and public employment and public wage reforms have not yet been implemented,” he said, adding, however, that, “good progress has been made in modernising tax administration, strengthening public investment frameworks, and monitoring and managing fiscal risks, although further efforts are needed.”