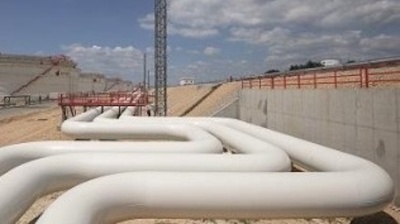 Serbia condemned the EU ban on Serbian imports of oil via Croatia’s Janaf oil pipeline on October 6, blaming Croatia for its failure to secure an exemption to sanctions on Russian oil imports.

Croatia and several other EU members decided at the last moment that Serbia would not be exempted from the ban on imports of Russian oil via Janaf, as set out in the original text of the eighth package of sanctions against Russia adopted by the European Commission.

Serbian Prime Minister Ana Brnabic said that Serbia receives 50% of its oil through Janaf, but now it has to pay at least 20% more for oil as it has no alternative oil pipeline.

Serbian President Aleksandar Vucic later told journalists in Prague, where he was attending the European Political Community summit, that the decision to ban the import of Russian oil to Serbia has been postponed until December 1, news agency Tanjug reported.

The decision rankled as Janaf was officially put into operation in 1979, when both Croatia and Serbia were part of former Yugoslavia.

“Janaf was created by former Yugoslavia, Serbia and its citizens and it is now being used against us. This decision changes everything,” Brnabic told TV Happy, according to the government statement.

Brnabic claimed that Croatia's decision to ban the import of oil via Janaf has nothing to do with the introduction of sanctions against Russia, but it is a “political retaliation and hostile action” by Croatia.

The two countries have a history of tense relations, dating back long before the Croatian independence war with Serbia in 1991-1995. Tensions escalated rapidly in July, after the authorities in Zagreb did not allow Serbian President Aleksandar Vucic to visit the former Jasenovac concentration camp established by the authorities of the Independent State of Croatia (NDH) in occupied Yugoslavia during World War II.

"The decision on oil was postponed until December 1st, but there is no rational explanation for the Croatian intervention, except because I wanted to go to Jasenovac," said Vucic on October 6, as quoted by Tanjug.

Brnabic argued that energy is being used for political purposes. She pointed out that the EU countries, which have much greater financial aid from the union than Serbia, are exempted from the decision, and only Serbia, at the initiative of Croatia, is not.

“Everything has changed since yesterday and nothing is the same in our relationship with the EU, and also with Croatia,” Brnabic said.

Croatian Prime Minister Andrej Plenkovic said in Prague, where he is attending the meeting of the European Political Community, that Serbia can get oil from elsewhere, just not Russian oil, underlining that the Serbian reaction was “stormy and unprecedented”.

"Serbia can have all the oil it needs — except Russian," Plenkovic was cited by N1 Serbia.

"If the economy was on the knees … if the citizens didn't have fuel, that's another thing, but for Serbia to have cheaper oil, and we … what would we be, fools," Plenkovic commented.

Originally, an exception to the sanctions had been envisaged by allowing transport of Russian oil from the Croatian port of Omisalj through Janaf to Pancevo in Serbia.

One of the media explanations as to why Serbia was not part of the exemption is that the country already imports enough non-Russian oil, so the ban will not cause much damage. Another suspected factor is Belgrade’s refusal to align with EU policy and impose sanctions on Russia.