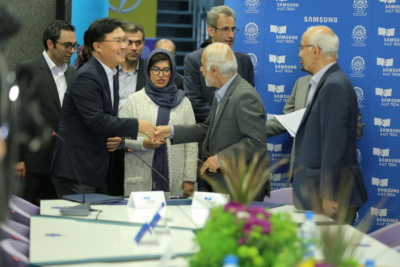 South Korean behemoth Samsung Electronics has denied rumours that it is leaving the Iranian market in the face of US sanctions imposed on Tehran and foreign companies that continue to do business with Iran, according to a Digiato magazine report published on April 24.

Iranian media have lately reported that the technology brand, along with its main rival and fellow South Korean company LG, have greatly scaled down their activities in Iran in recent weeks under growing US pressure.

LG has yet to make a statement on its current status in Iran and commitment to the market, but it often mirrors Samsung’s position in the Islamic Republic.

“Samsung has always highly valued its family of fans and consumers in Iran and has kept a strong presence in the country with the latest innovations, technologies, and products. This has not changed, despite all the external and geopolitical developments,” Samsung said in a message sent to Iranian tech websites.

Alireza Tavassoli, a senior manager at the company, reportedly said that the company had invested in the Iranian market and disruptions like the ongoing barrage of US sanctions would only damage the company’s plans in Iran over the long term. He added: “Samsung does not subject its sales, distribution, and sales policies to instantaneous changes in the market.”

In November, Samsung opened its latest flagship store in the Capital Shopping Centre in the north of Tehran at great expense.

During the previous round of sanctions applied to Iran during 2013-14, Samsung Electronics and LG remained active on the Iranian market despite international pressure to pull out.

The two companies have a near-monopoly on electronics and imported white goods like fridges and washing machines in Iran.

US brands including Apple have been barred by Iran from entering the country, although the chances that Apple would even contemplate such a move are practically nil given what response that would draw from the Trump administration.