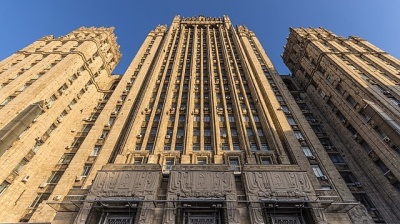 The Russian foreign ministry has published its official response to US security proposals, accusing America of ignoring most Russian demands. / Image: Florstein via Wikimedia Commons.
By Theo Normanton in Moscow February 18, 2022

The Russian foreign ministry published its response to US and Nato security proposals on February 17. In a 10-page document, it denied Western allegations that it was preparing an invasion of Ukraine and accused the US and allies of only partially responding to Russia’s demands.

“There is no ‘Russian invasion’ of Ukraine, which the US and its allies have been announcing since last autumn, and nor is an invasion planned. Any assertions of “Russian responsibility for escalation” cannot be seen as anything other than an attempt to assert pressure and undermine Russia’s security proposals,” according to the Russian foreign ministry’s document.

Meanwhile, the Russian foreign ministry said that the US’ response to Russia’s demands for bilateral security agreements were insufficient, addressing only some of Russia’s grievances.

“We welcome America’s willingness to co-operate on limiting incidents in its own waters and skies. However, this is not an alternative to addressing Russia’s key concerns,” the document said. This comment apparently refers to the US’ and Nato’s proposals to limit the deployment of weaponry by both sides.

Russia’s key demand is that Ukraine never be allowed to join Nato. It also wants the US and Nato to recognise the principle of “indivisible security”, which Russia argues Nato agreed to during the formation of the Organisation for Security and Cooperation in Europe (OSCE) in 1975.

“The US reaffirmed its “strong support” for Nato’s open door policy, but this policy runs counter to commitments made within the OSCE not to enhance one’s security at the expense of other states,” the Russian foreign ministry said.

“To de-escalate the situation around Ukraine, Kyiv must comply with the Minsk agreements, arms deliveries to Ukraine must stop, all Western advisers and instructors must be recalled, and Nato must refrain from conducting any joint exercises with the Ukrainian Armed Forces.”

“We are prepared to discuss the issue of short- and medium-range missiles; ideas put forward by the US on this matter can be developed further. The same is true of measures aimed at risk reduction in relation to flights of heavy bombers. However, we recall that our proposals concerning similar trips made by surface warships are also an important element of the “package.”