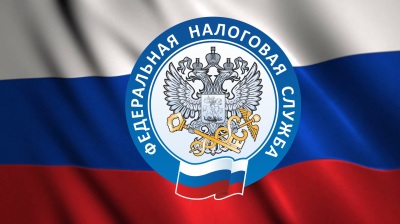 The Russian government is giving the IT sector tax privileges in a bid to make it more competitive. Income tax will be cut from 20% to 3%, and payments to the social security fund will go down from 14% to 7.6%.
By bne IntelliNews December 14, 2020

The Russian government has finalised a tax privilege scheme for the IT industry, which will be launched as of 2021 in a bid to make locally developed software and other IT products more competitive in the global market.

As of January, IT firms operating in the Russian market will be able to apply for sizeable tax privileges. Most importantly, the income tax for IT companies will be cut from the current 20% to a symbolic 3%, and payments to the social security fund will go down from 14% to 7.6%. In addition, companies included in the registry of Russian software manufacturers will continue to enjoy exemption from value added tax (VAT). Finally, a grant system for software developers will be introduced.

To apply for inclusion in the privilege scheme, a company needs to have state accreditation in Russia, the proportion of revenue from software or electronics manufacture and sales should be at least 90%, and it should employ at least seven people.

A list of the scheme's participants will be regularly revised for compliance with the requirements, and if failure to comply is discovered during a period, taxes for that period will be recalculated and privileges will be revoked.

The Finance Ministry has estimated that the scheme will cost the Russian budget RUB140bn ($1.9bn) in 2021 alone. The government plans to partially make up for that by reintroducing VAT for IT companies whose products are based on an ad-sponsored model, such as marketplaces. Thanks to that, Russian authorities expect to collect about RUB121.5bn ($1.6bn) in the 2021-2023 period.

As things stand at this point, inclusion in the registry of Russian software manufacturers shouldn't be a major problem. Currently, the registry features about 7,000 companies and individuals. Under existing regulations, a company can be included if at least 50% of its shares are directly or indirectly owned by a Russian company or individual.

The Russian government says that the main challenge, which the tax privilege scheme is supposed to address, is the fact that the country isn't currently viewed as a good place to operate for companies from the IT sector.

Earlier this year, Prime Minister Mikhail Mishustin said that IT companies often "relocate, moving to jurisdictions of countries with a more favourable business climate," and that the tax privilege scheme will make it "more attractive to develop projects in Russia than abroad."

Indeed, the scheme is expected to position Russia among the countries with the lowest taxes for the IT industry. In Cyprus, for instance, the income tax is 12.5%, although 80% of qualified revenue is exempt from income tax, and in the Netherlands, IT companies currently pay 7% income tax, but it will increase to 9% as of 2021.

In addition, the scheme stipulates a more favourable tax regime for private individuals. Currently, to qualify as a Russian tax resident, an individual has to spend at least 183 days a year in Russia, and this requirement will be reduced to 90 days, which, Russian authorities hope, is set to attract entrepreneurs willing to build their business in Russia.

The Russian government says it hopes that the introduction of the tax privilege scheme will exponentially increase the number of employees in the local IT sector. However, the measures coming into effect as of 2021 are supposed to be only the first step towards supporting Russia's IT industry.

Currently, the MDD is collecting proposals from IT firms and discussing them with other government agencies.

For years, the Russian government has been speaking about a need to give a boost to the country's IT sector, but until the adoption of the tax privilege scheme, almost nothing was done in that respect.

As of 2020, Russia's IT sector accounts for 1.8% of the country's GDP, and according to forecasts, it is likely to stay roughly the same at least until the end of 2023. 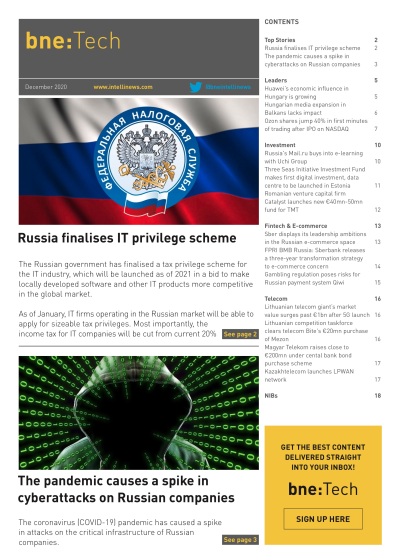