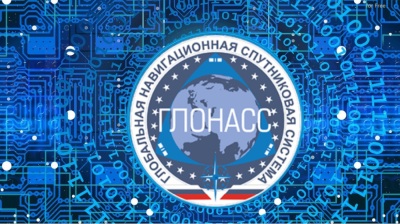 GLONASS-TM will build a $811mn federal network for Internet of Things (IoT) in Russia
By Vladimir Kozlov in Moscow May 23, 2019

GLONASS-TM, a company related to the Rotenberg family and state-run tech firm Rostec, will build a RUB53bn ($811mn) federal network for Internet of Things (IoT) in a bid to secure a presence in a market that is expected to boom over the next few years.

Established in early 2018, GLONASS-TM is 25% owned by GLONASS, a state-run traffic control operator, while the other 75% is owned by RT invest, a company co-owned by Igor Rotenberg, the son of president Vladimir Putin’s close friend and stoligarch billionaire Arkady Rotenberg.

The government apparently approves of the idea as the state commission for radio frequencies has already issued GLONASS-TM 863MHz to 865МHz and 874MHz to 876МHz frequencies without an open tender, RBC business daily reported.

GLONASS-TM aims to start building the network in 2020 and complete it in three years, projecting to recoup all the investment in its fifth year of operation. Of the RUB53bn investment figure, construction of base stations will account for about half, or RUB24.6bn.

In 2024, GLONASS-TM projects a revenue of RUB54.5bn and a profit of RUB11.8bn. Incidentally the company stressed that it expects no state funding and will entirely rely on private capital.

The IoT network will be used for collecting, monitoring and analysing various kinds of data. So far, the company mentioned several areas, in which it expects IoT to be in demand, such as control of water, electricity and natural gas consumption, monitoring engineering and other systems in buildings, access control and collection of data related to numbers and the behaviour of people in public areas.

Mass adoption of IoT systems should also help to optimize operation of cities, streamlining garbage collection, lighting, road infrastructure and monitoring the quality of air. Similarly, IoT systems could be used to fight forest fires at an early stages.

GLONASS-TM's IoT network will be made up of 34,000 base stations to be erected across Russia over the next four years. A local technology for low-power wide-area networks (LPWAN), called XNB protocol, will be used.

It was developed by a company called Contemporary Radio Technologies (CRT), also co-owned by Igor Rotenberg.

CRT claims that XNB, unlike NB-IoT and LoRa, the world's best known LPWAN-protocols, has a longer data transmission range and better penetrating capability for concrete walls. In addition, the use of the homemade encryption algorithm Kuznechik is supposed to make the system more secure, according to CRT, which is in line with the Russian government's drive to use as much local equipment in technology.

"It is important to use a Russia-originated protocol, technologies and equipment in a critical infrastructure," Denis Simakin, general director of GLONASS-TM, was quoted as saying by RBC. "Our solutions are suitable for areas where information is a strategic resource access to which by third parties cannot be tolerated."

He added, though, that the network could be compatible with various kinds of equipment, including that manufactured abroad.

The value of Russia's IoT business was thought to be worth RUB235bn ($3.67bn) in 2018, according to IDC but the national programme Digital Economy is expected to give it a boost and the value could double to RUB490bn ($7.5bn) by 2023.

Meanwhile, the project implemented by a company with close ties to the government could create a monopoly in the segment, hampering the development of alternative IoT projects, say critics.

For instance, major mobile phone operator Megafon, which is also developing an IoT network, based on NB-IoT protocol, has expressed concerns that the government might make GLONASS-TM's protocol mandatory in Russia, although it has weaknesses in comparison with NB-IoT, which has already proven its reliability and efficiency in various environments. Focusing on the XNB protocol would lead to Russia's tech isolation from the rest of the world, Megafon warns.

This article is part of bne IntelliNews’s coverage of technology, blockchain, fintech, cryptocurrencies and the new economy. Sign up for the free monthly newsletter bneTech here, or read more tech stories on the website here. ​

Funding will be used for InoBat Auto’s €100mn EV battery R&D facility and production line as it prepares to become the first European supplier of customised EV batteries.

S&T says Iskratel's work in the IIoT software and 5G areas will strengthen its product portfolio.

As businesses re-open their doors across Belarus, they have help from a contact-tracing app based on New Zealand’s successful coronavirus (COVID-19) Tracer app, Kontakkt Space, it was announced in a press release on June 24.