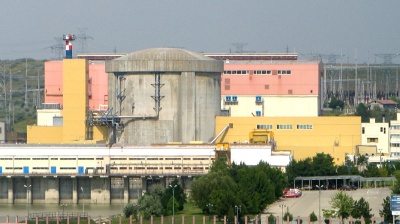 The European Commission (EC) has approved the intergovernmental agreement between the US and Romania for nuclear-civil cooperation, therefore, Romania can start the process to build the Cernavoda nuclear power plant's third and fourth reactors with US support, Prime Minister Ludovic Orban announced on November 20.

"Through this endorsement of our draft agreement, we can say that we are closer to the construction of reactors 3 and 4 at Cernavoda, with strategic partners from the US and the European Union. We are delighted that we received this agreement from the Directorate of Energy, which will allow us to sign the agreement in the final form," said Orban according to Agerpres.

Romania and the US signed an intergovernmental agreement in October for the construction of Units 3 and 4 of the Cernavoda Power Plant, the refurbishment of Unit 1, and cooperation on various levels in the civil nuclear field in Romania, a project estimated to cost $8bn.

Separate from this agreement, there is a memorandum of understanding with the US EXIM bank for a $7bn financing for the development of nuclear projects and other areas.

In addition to American partners, Canadian and French companies will also get involved in the project. Romania and France have signed a declaration of intent on cooperation in the civil nuclear field.

Romania's nuclear power producer Nuclearelectrica and Orano, a French state-owned group in nuclear energy, have also signed an agreement in this sense.

The project will be coordinated by AECom and include a consortium of companies from the US, Romania, Canada and France.