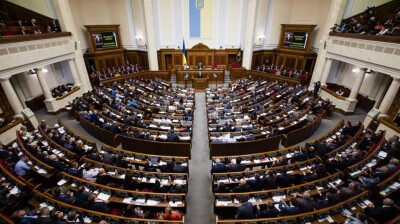 Public support is collapsing for The People’s Servant Party that was launched by Ukrainian President Zelenskiy, according to the latest poll released by Kyiv International Institute of Sociology (KIIS) on January 26.

About 11.2% of voters that have decided said they would vote for Zelenskiy’s party, which won election to Parliament in July 2019 with an overwhelming 43% result.

“This poll confirms the primary trends in Ukrainian politics: (1) Zelenskiy and his party are losing votes to the pro-Russian forces, largely because they are incapable of solving any major problem facing the country; (2) the pro-Russian forces are already taking a consistent lead in the polls, largely because they are capable of resolving the war in Donbas (through capitulation), and (3) Poroshenko and his party have hit their ceiling and are incapable of widening their support. With its hybrid war in Ukraine, the Kremlin is succeeding in infiltrating many critical governing structures. Besides the President’s Office and the Prosecutor General’s Office, the Kremlin is now positioning itself for major gains in the next national elections,” Zenon Zawada of Concorde Capital said in a note.

Servant of the People (SOTP) results compared with 20.7% for the Putin-aligned Opposition Platform For Life Party, 15.3% for the pro-NATO European Solidarity Party and 12.6% for the anti-IMF Fatherland Party.

Also qualifying for Parliament are the pro-NATO Strength and Honor Party (8.3%), the pro-NATO Voice Party (5.6%) and the pro-infrastructure Groysman’s Ukrainian Strategy Party (5.3%).

“Falling approval ratings for Zelenskyi and his party would indicate [a] higher likelihood of cabinet reshuffle or PM resignation, as Ze is trying to regain his popularity. Exactly these factors were behind dismissal of PM,” Alex Kokcharov, a political analyst, tweeted.

Zelenskiy also saw his personal ratings slide. According to the poll, only 19.8% of Ukrainians were willing to vote for the incumbent in a presidential election. He was elected with 72% in April 2019.

According to the poll, 74.3% of Ukrainian respondents think that Ukraine is moving in the wrong direction. This figure is 90.7% in the government-controlled areas of Donbas:

“It’s worth noting this poll has numerous questionable features like its small pool of respondents (usually KIIS has twice more) and the fact that it was a telephone poll (whose results differ from traditional face-to-face interviews, as has been recognised by KIIS). It’s also questionable to include Medvedchuk as a presidential candidate, which dilutes the support for Boyko, who has been the only presidential contender fielded by the Opposition Platform (he and Medvedchuk have 18.5% combined). Meanwhile, the 5.6% result for the neoliberal Voice Party is not confirmed by any other poll. The strong results for Smeshko and his party are also questionable, and we believe he is unlikely to become a serious factor on the political scene,” Zawada added.

NBU raises key policy rate 50bp to 6.5%
FPRI BMB Ukraine: Kyiv aiming for a staff-level agreement with IMF by late May
Ukraine local bonds are back