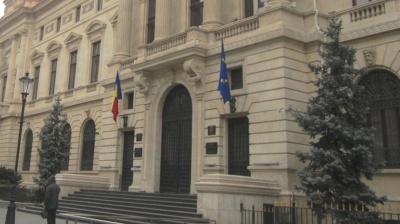 By Iulian Ernst in Bucharest October 5, 2021

A couple of hours before the fall of the cabinet of prime minister Florin Citu on October 5, the National Bank of Romania (BNR) hiked the monetary policy interest rate by 25bp to 1.5%.

The move triggered the expected beginning of the interest rate normalisation cycle. The rate increase was widely expected, though the timing surprised analysts who had expected the rate hike in November.

The sudden deterioration of the political situation over the last few weeks most likely weighed significantly on the decision of the central bank, which runs a managed exchange rate floating regime.

The BNR confirmed that the inflation forecast is going to be revised upwards.

"The current assessments indicate the outlook for the annual inflation rate to rise over the short time horizon to significantly higher values than those anticipated previously," the central bank's statement reads.

The rising energy prices will push up the inflation rate from 5.25% in August to 7.3% at the end of the year, said Ionut Dumitru, chief economist of Raiffeisen Bank, last week. The year-end inflation may exceed 5.6%, the latest projection of the monetary authority, agreed Adrian Vasilescu, a communication adviser to the BNR, at the same time.

The annual adjusted CORE2 inflation rate went up to 3.0% in July, from 2.9% in June, and to 3.2% in August, thus coming in slightly above the forecast, the BNR said in its October 5 monetary policy decision.

Higher inflation is the result of a combination of demand and supply-side effects — rising prices of some commodities, including agri-food items, and higher energy and transport costs, the BNR explained.

All major aggregate demand components contributed to the abrupt pick-up in annual GDP dynamics, albeit to a considerably different extent, the central bank detailed. The contribution of investments was not among the main drivers, though — a clarification relevant in the context of the government claiming a major shift from consumption to investments driven growth. This is not the case yet, the BNR implied.

The main determinant of recent inflation was private consumption – whose advance was, however, lower than expected in annual terms – its contribution being closely followed by the change in inventories.

A positive contribution, albeit much more modest, was made by gross fixed capital formation, in the context of markedly faster growth in new construction works, mainly on account of residential construction works, which outweighed the impact of the notable decline in the dynamics of net investment in equipment (including transport equipment).