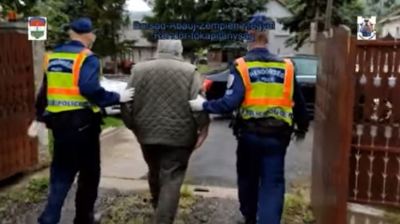 A 64-year-old man was detained by police on May 12 at his home in northeast Hungary and taken into custody on suspicion of fear mongering.

The man, referred to as Andras by local media, was interrogated in connection with a post he made on Facebook on April 28, which, according to police, alleged that the country's leadership had deliberately timed the lifting of curfew restrictions to coincide with the peak of the coronavirus (COVID-19) pandemic, which the man suggested could lead to mass infections.

In the post he made a plea not to relax curfew restrictions on the day after the projected peak of the pandemic and thus, as he put it, "send thousands to their deaths".

"You are a cruel tyrant, but remember, all dictators have failed so far," he closed his post.

The police asked questions like who exactly I was calling a dictator, the man told 444.hu newsite "I told them their task had achieved its result and would probably shut me up," he added.

No charges were pressed against the man. The police said in a statement that they would constantly monitor the internet and are taking necessary measures, including removing objectionable content or, in more serious cases, initiating criminal proceedings.

Hungary's parliament adopted a law on March 30 to allow the government to extend the state of emergency without a time limit and grant power to the government to rule by decrees until the state of emergency is in place. The regulation has come under fire from all places. Anyone convicted of publishing fake news faces a prison term of up to five years.

In a recent report US-based NGO Freedom House said Hungary has ceased to be a democracy and can now be qualified as a "hybrid regime'', according to its latest 2020 Nations in Transit report. Between 2015 and 2019, the country steadily dropped while remaining in the range of "semi-consolidated democracies", but in 2020 it became the first country to descend by two regime categories and leave the group of democracies entirely.‌‌

Hungary is currently under Article 7 procedure for breaching fundamental rights, which could end up stripping the country of its voting rights.

Russian is the social-media language of choice for Ukrainians
1 day ago
Qualcomm acquires Ukraine-born Augmented Pixels to beef up AR/VR development capacities
2 days ago
Founded in Russia 11 years ago, the Miro visual collaboration software startup is now valued at $17.5bn
6 days ago
Moscow clinics bet on AI-powered medical diagnosis, Russian startup triumphs in South Korea
6 days ago
Study: VCs increasingly bet on Russian-founded startups operating abroad – rather than on domestic ones
6 days ago