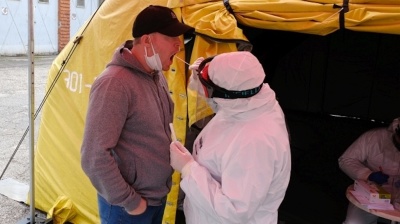 Poland has suspended work in 12 coal mines in the southern region of Upper Silesia for three weeks starting June 9 after a spike in coronavirus (COVID-19) cases among miners pushed up daily infections tally to levels not seen since the pandemic began in the biggest CEE economy.

Ten of the suspended mines are operated by Europe’s largest coal mining company PGG; the remaining two are owned by coke miner JSW. The miners’ pay will not be affected in any way, State Assets Minister Jacek Sasin told a press conference.

PGG has reported 1,638 coronavirus cases while JSW’s tally came in at 2,771, the companies said in separate statements on Monday.

Poland recorded 26,780 coronavirus cases as of Monday morning, including 1,161 deaths. Last weekend saw a spike in the number of cases as the outbreak in the mines continued to spread.

There were 575 new cases on Sunday, including 325 from Silesia – all either from a single JSW mine Zofiowka or miners’ families, the health ministry said. Saturday saw new 576 cases, including 346 in the Zofiowka mine.

Following that, Poland’s coal companies came under criticism for falling short of introducing safety measures during the earlier stages of the pandemic, which struck at a difficult time for the industry. Polish mines have been weakened by utilities’ preferring cheaper imported coal, as well as by mild winters and the development of renewable sources of energy.

Still, a three-week suspension of production in the mines appears unlikely to become an energy security issue in Poland, which derives close to three-quarters of its electricity from burning hard coal and lignite.

Polish hard coal mines – such as the suspended ones operated by PGG – have amassed an estimated six-months worth of unsold coal as it is less competitive than imports. Those piles may now be diminished, especially if the government applies pressure on the utilities – which are all state-controlled – to buy domestic coal as a measure of support for the mining sector.

Mining’s importance for the government three weeks ahead of the pivotal presidential election is also a factor at play. With the vote shaping up to be a tight race between the incumbent Andrzej Duda and the liberal opposition’s candidate Rafal Trzaskowski, currently mayor of Warsaw, the government cannot afford the risk of the estimated 100,000 mining employees’ shifting support away from the president.

Poland recorded 615 new coronavirus (COVID-19) cases on July 30, the highest daily tally since the start of the pandemic in CEE’s biggest country, the health ministry said. The new record of ... more

Poland’s state-controlled power company Energa posted a net loss of PLN878mn (€199.04mn) in the second quarter, the company said on July 30.  The net result is a turnaround on a net gain ... more