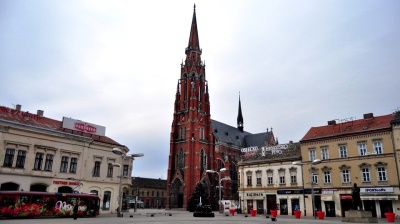 5G networks will be built in the eastern Croatian city of Osijek by December 31, 2020, announced Minister of the Sea, Transport and Infrastructure Oleg Butkovic on January 23, according to a government statement.

Osijek will become the first major city in Croatia to build a 5G network, and the investment is expected to have economic benefits for the eastern part of the country.

The city was selected by an expert working group composed of representatives of the Ministry of the Sea, Transport and Infrastructure, the Croatian Network Regulatory Agency (HAKOM) and all three mobile communications operators in Croatia. Other interested cities were Bjelovar, Karlovac and Rijeka.

"Designating Osijek as Croatia's first 5G city … will significantly contribute to the development of the eastern part of Croatia," Butkovic said, adding that all three domestic mobile operators were ready to jointly build and introduce 5G infrastructure and services in the city of Osijek.

The minister said he expected the rollout in Osijek would become a good model for the introduction of the technology throughout Croatia.

In 2018, Ericsson Nikola Tesla opened a new research and development centre in Osijek.