MOSCOW BLOG: will Russia's infrastructure spending cause a boom? 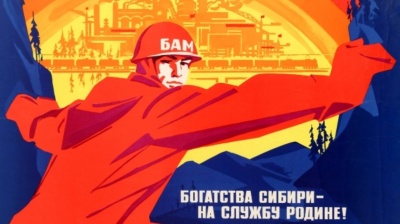 For 1% of GDP spent on infrastructure on average, the OECD countries have added at least 1.6% of growth to GDP.
By Ben Aris in Berlin March 12, 2019

The Kremlin is launching into a six-year long RUB27 trillion ($400bn) spending bonanza that is intended to transform the economy. The way it is going to do that is to spend a third of the money on infrastructure and if the money is well spent it could lead to a boom.

Infrastructure is an “economic multiplier”. Put simply: for 1% of GDP spent on infrastructure on average, the OECD countries have added at least 1.6% of growth to GDP, according to Dr Vladimir Popov of the Dialogue of Civilizations Research Institute (DOC) in a recent paper looking at OECD members' investment and growth in the last decade.

But in emerging markets the multiple can be much higher. In Russia’s case it was investing 1.3% of GDP in infrastructure between 1995-2016 and had an average growth rate of 2.4%, which implies a multiplier of 2.3, says Popov.

The way it works is simple. If you build a good road or fast rail link between two towns then by cutting the cost and transit time small business that were concentrating on their local market suddenly find it's practical to serve customers in a second town. Their market doubles and revenues go up proportionally.

Russian President Vladimir Putin has no choice but to invest into infrastructure if the Russian economy is avoid stagnation; indeed, it is already stagnating.

Russia’s economic growth stalled between 2011 and 2013, when oil was still over $100 a barrel and well before the tensions with the west over Ukraine began. Russia’s petro-economic model was exhausted and growth has fallen to next to nothing. Even the controversial upgrade to 2.3% growth in 2018 reported by Rosstat at the start of this year is, by emerging market standards, actually stagnation.

Russia’s nominal GDP is about RUB100 trillion and the government is proposing to double the amount it was investing in the last decade to roughly RUB3 trillion, or as much as 3% of GDP. If the amount of infrastructure spending doubles then the growth it adds should more than double.

The Ministry of Economy is already adding the economic multiplier effects to its GDP predictions, estimating growth for this year to be a modest 1.3%, rising to 2% and then 3.1% in 2020 and 2021 respectively.

“That’s a very ambitious target,” says Iikka Korhonen, the head of Bank of Finland Institute for Economies in Transition (BOFIT). Almost all the international financial institutions (IFIs) that study Russia have growth forecasts below the official one.

But it could work. This is actually the second time the Kremlin has launched a massive infrastructure programme. At the start of 2007 inflation fell into single digits for the first time since the fall of the Soviet Union and the Kremlin immediately announced a $1 trillion (RUB35 trillion at prevailing exchange rates) infrastructure investment programme.

That is twice the amount the government is proposing to spend this time round and it would have transformed the economy. Indeed, if the global financial crisis had not hit a bit more than a year later with the collapse of Lehman Brothers in September 2008, Russia could have been a different place entirely today.

So just how big an effect will this spending have? If Russia added 2.4% to growth by spending 1.3% of GDP on infrastructure, surely by more than doubling the amount it will get spectacular returns, as the economic multiplier effect snowballs as it increases.

However, the spread is very wide. Investing in infrastructure works really well in some countries and not so well in others. Popov found that an increase of 1pp of spending on infrastructure added between 1% and 4% to growth in developed markets and could add 7% or more in emerging markets.

Looking down the list of investment versus growth, the results are clearly mixed. Between 1995 and 2016 dirt-poor Armenia spent 1% of GDP on infrastructure but got 6% growth, while India spent the same and got an even better 7% growth. Turkey also did well, spending 0.8% of GDP on infrastructure to get growth of 4.7%, which is equivalent to a whopping multiplier of 6.2.

But there have been some failures too. Greece increased its infrastructure spending by 1.1% of GDP but only saw growth improve by 0.7% and a multiplier of 0.7, which means much of the spending was wasted. The story in Italy and Japan, where the multiplier in both cases is less than one, is the same.

Where it will go wrong

And there is the rub. Nay-sayers have already pooh-poohed the Kremlin’s programme as yet another feeding trough, especially for the stoligarchs, the group of oligarchs inside Putin’s immediate circle that Vedomosti dubbed “the kings of state contracts” about two years ago. This group has won the lion’s share of mega-construction projects including the building of the Kerch bridge and the Power of Siberia gas pipeline to China.

Corruption is rife in Russia and the stoligarchs are all multi-billionaires thanks to their cosy relationship with Putin. But this hands-on model is also being changed.

Putin has lost interest in the day to day running of government. According to bne IntelliNews’s Kremlin sources the inner circle around Putin has become smaller and he leaves much of the business of running the country to the Duma and the Kremlin’s liberal fraction.

Putin largely deals only with his immediate circle and concerns himself with the huge set piece projects where large gobs of budget funds are being spent. In the new programme this direct control over massive infrastructure spending is going to be institutionalised under Vnesheconombank (VEB), which has been renamed VEB.RF and is now run by Igor Shuvalov, the former first deputy prime minister and Putin’s right hand man. VEB.RF will choose the projects and police the infrastructure spending to cut down on the waste and stealing.

It is impossible to predict how well Russia will spend this infrastructure investment money. If the money is well spent it could lead to a boom as Russia still has a lot of “catch-up growth” ahead of it. Central Europe has pulled this trick off and has been booming for years now. But a second Russian boom seems unlikely. Given its multiplier so far was 2.3 – middle of the field amongst the emerging European countries – a working assumption would be that it will at least keep the multiplier at the same level, which at least will produce a noticeable increase in growth.