MOSCOW BLOG: US threatens new round of sanctions but Russia is ready 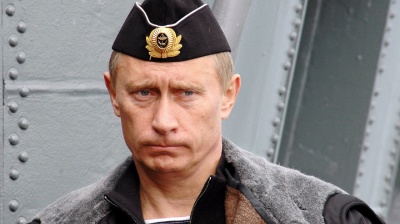 The US government's new sanctions legislation caused a sell off, but Russia has been preparing for the fight.
By Ben Aris in Berlin February 14, 2019

Sanctions are back. There were four rounds of sanctions in 2018 that clearly did a lot of damage to Russia’s business and investment case, but ultimately they failed to produce their advertised goal: force the Kremlin to change its aggressive ways.

As the year came to an end, there was a hiatus as the last round of new “crushing” sanctions, due at the end of last year, were postponed due to the US mid-term elections. This week the US government has picked up the ball again and is revving up to target more oligarchs and leading Russian companies in retribution for interfering in the 2016 elections and Russian aggression in the Sea of Azov in November.

Five US senators from both parties on Wednesday evening announced that they had submitted a bill called the Defending American Security from Kremlin Aggression Act (DASKA). It is intended to increase economic, political and diplomatic pressure on Russia “in response to its interference in democratic processes abroad, its disastrous influence in Syria and aggression against Ukraine, including the incident in the Kerch Strait,” the Senate Foreign Policy Committee said in a press release.

Toughest so far
These are the toughest sanctions of all proposed so far, said Republican Senator Lindsay Graham: “Our goal is to change the status quo and introduce significant sanctions and measures against Putin’s Russia. He must stop interfering in the US electoral process, stop cyber attacks on American infrastructure, withdraw Russia from Ukraine and stop efforts to create chaos in Syria. ”

Western diplomats, especially those in Europe, have been disappointed in particular by the Kremlin’s refusal to release sailors from three Ukrainian naval ships. They were arrested during a naval clash between Russian and Ukrainian ships on the Sea of Azov on November 25.

The ruble and equities tanked on February 13 as news broke that the US Senate had introduced new sanctions legislation due to be heard soon.

Amongst the points mentioned in the bill are sanctions:

In response to the Kremlin’s aggression in Ukraine are, among others, sanctions:

The statement also lists other key provisions of the bill. This is support for Nato (it will be possible to leave the alliance only with the support of two thirds of senators) and measures to speed up the transfer of weapons to those Nato countries that depend on Russian weapons.

It is also proposed to create several centres that would help fight Russia and the opponents of the US in areas such as hybrid and cyber threats. In particular, the National Information Processing Center will have to confront disinformation and other threats from Russia to counter hybrid threats. The Department of Cyberspace and Digital Economy in the State Department will coordinate diplomatic efforts to ensure international cyber security, Internet access and Internet freedom, and so forth. And the Foundation to counter Russian influence will help European countries to resist the intervention of the Kremlin.

Sell-off
The sell-off comes on the bank of a lot of recent good news that has pushed Russia’s dollar-denominated Russia Trading System (RTS) index up 14% YTD including: a record $115bn current account surplus in 2018 and a record 2.7% of GDP federal budget surplus. In addition Moody’s returned Russia to “investment grade”  last week, completing the hattrick of investment grade ratings from the leading ratings companies that should have pulled in even more new money. Russian enjoyed inflows of new cash in the last week on the back of a general return to favour of emerging markets (EM) in general.

The sell-off on February 13 was made worse after New York banks began warning customers to batten down the hatches for new sanctions. Morgan Stanley cut its recommendation on Russia amid “complacency” over new sanctions, adding momentum to the sell-off in assets.

Rout sends ruble down
The rout sent the ruble down the most since December, trimming a rally that’s been the biggest among the world’s major currencies in 2019 YTD. Equities lost 2% on the news and the leading VanEck Vectors Russia ETF dropped 3.4% on the day.

Investors fear a repeat of the April 6 round of sanctions that saw the aluminium producer Rusal and energy holding EN+ that belong to Russian oligarch and Kremlin insider Oleg Deripaska targeted, along with half a dozen other businessmen, by sanctions. That caused chaos in financial and metal markets as both the company securities and its business are both deeply integrated into the global economy.

Fearing that this round of sanctions could be worse, Morgan Stanley told investors to sell the ruble, load up on credit protection and cut back on local equities to prepare for headwinds from a possible new round of sanctions.

“The consensus within the US legislative class remains broadly aligned against Russia,” according to Ilya Gofshteyn, a strategist at Standard Chartered in New York, as cited by Bloomberg. “The ruble should also underperform because global growth fears will remain a headwind to oil prices,” he said.

A survey of analysts all returned the same answer: hold or sell Russia and wait and see what happens next.

A buying opportunity could present itself. Yong Zhu, a money manager at DuPont Capital in Wilmington, Delaware, told journalists that the fundamentals on Russian bonds were improving on the back of the extraordinary macro results in 2018, but that is more than outweighed by the growing risks.

Making bonds unsellable
Part of the proposed “crushing sanctions” legislation could target Russian sovereign and domestic debt that is widely held by international investors that would make the bonds unsellable and would in effect drive their value to zero if a ban on holding them were imposed. However, more sober observers don't believe the US government will go that far as too many big US institutional investors already hold this paper, thanks to the rock solid macroeconomic backing of the Russian government set against the high yields they pay.

The ruble is likely to weaken further due to the political uncertainty, but other traders say that the currency has already priced in some of the threat of sanctions as the Central Bank of Russia (CBR) anticipated the coming storm in September and December when it prophylactically ended its easing cycle and hiked rates to the current 7.75% despite low inflationary pressure in anticipation of more currency volatility after the holiday season was over. Rabobank forecasts that the ruble will weaken to RUB70 per dollar by the end of the year from the current RUB67 to the dollar.

Despite the drama, a new round of sanctions will have a limited effect on Russia’s economy. The first sanctions were imposed in 2014 following Russia’s annexation of the Crimea and since then the government has been earnestly trying to sanction-proof the economy. Among other measures it undertook were a ban on EU food imports that have spurred massive investment into the agricultural sector to make Russia increasingly self-sufficient in food production. Last year the CBR sold off two thirds of its US treasury bond holds to put the bulk of Russia’s currency reserves out of the reach of the US authorities. It has also successfully launched and deployed its own payment system, to  counter the threat of being denied use of the SWIFT system. And only last week the government introduced a bill to set up an internal internet in case Russia is cut off from the worldwide web. The government intends to test the system on April 1 by artificially cutting the lines to the internet to see what happens.

Sustained campaign versus waste, corruption
But of all the changes imposed in the last four years, probably the most significant is the sustained campaign to crack down on waste and corruption. It resulted in some long overdue deep structural reforms that have seen the breakeven price of oil needed to balance the budget tumble from $115 in 2008 to $49 now – well below the average price of oil last year (hence the record large budget surplus) and also below the current $56 average price of Brent in January. With an external debt of only 15% of GDP – one of the lowest of any government in the world – and the federal budget in profit, even at reduced oil prices, there is actually very little that the US can do to wound the Russian economy.

But new sanctions will inflame an already tense situation. Some Duma deputies have begun to talk about “economic war” and new “crushing sanctions” would definitely be taken as an escalation in that conflict. But the Kremlin must feel that it is ready for the fight. The bottom line is that sanctions are designed to force a government to change its ways, and in that sense new and even harsher sanctions are almost certainly going to fail. All they will do is encourage the Kremlin to dig an even deeper trench.