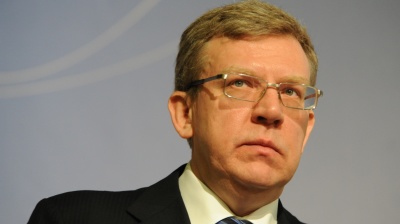 Moscow is alight with speculation that Russia's highly respected veteran former finance minister Alexei Kudrin is about to return to government.

Russian news website Gazeta.ru reports that Kudrin has been offered a job as economics advisor to President Vladimir Putin and could take up the post in the first days of December. Putin has visited Kudrin "repeatedly" in recent months in an apparent bid to persuade him back, Gazeta.ru cited sources close to the men as saying. "Kudrin is to engage in reforms," one of the sources said.

Kudrin's spokesman refused to comment on the report, which was widely taken up by Russia's leading newspapers.

If he were to return to the government, that would be seen as a huge boon to both Russia's international investment image as well as a step towards putting in place the long overdue deep structural reforms necessary to lift the economy out of stagnation.

Dubbed "Mr Prudence", Kudrin can single-handedly take a lot of the credit for putting Russia into, if not exactly a comfortable position, at least the relatively stable economic position that it finds itself despite the collapse of oil prices, deep recession and painful international sanctions.

He personally pioneered the policy of setting up first a Reserve Fund to support budget payments should the oil price collapse, and then splitting off the National Welfare Fund that was designed to cover any shortfalls in social spending, such as pension payments, should the boom years come to an end, which they clearly have.

According to the finance ministry, under current spending plans the Reserve Fund could fall to RUB1.25 trillion next year, but the NWF will remain more of less the same at RUB4.69 trillion. However, everything depends on what happens to the price of oil in 2016. The Reserve Fund could be completely depleted by the end of next year, First Deputy Minister of Finance Tatiana Nesterenko warned on October 9.

The Reserve Fund was supposed to be used up in 2009 as well, but a recovery in oil prices saw fresh capital returned to its coffers: Russia's foreign reserves fell from a pre-crisis high of around $600bn to a low of $320bn, only to recover to $500bn before the latest slower moving crisis began at the end of last year. Russia's reserves were $369.64bn as of November 1, down 13.8% y/y.

So Kudrin's help is badly needed, but it remains unlikely he will accept the job offer – if in fact one has been made.

Kudrin was sacked in a very humiliating manner in September 2011 after he publicly clashed with Prime Minister Dmitry Medvedev over plans to massively expand military spending. This was the run-up to the imbroglio Russia now finds itself in with the West over Ukraine and Syria, and clearly Putin wanted the option of threatening credible military force in a showdown with the West he obviously felt was on the cards three years before it happened.

Medvedev officially fired Kudrin for "insubordination" after the two men had an emotionally charged showdown aired on live TV. Kudrin, the personification of Russian economic liberalism, balked at the proposed increases in military spending and questioned Putin's economic competence, saying that he would rather quit than put in place the proposed budget increases in military spending, which bne IntelliNews reported on in a cover story "Rekindling the Cold War". To this day it is not clear if Kudrin simply miscalculated and assumed Putin would adjust the budget and go more slowly on rearmament, or if he was taking a principled stand.

Whatever the reason, Putin has gone out of his way to keep Kudrin close and continuously lavishes him with praise, regularly sharing the stage with him at Russia's show-case investment events, such as the St Petersburg Economic and Investment Forum. It was reported that after leaving government, Kudrin was offered the job of running the central bank, which he turned down. However, Kudrin did accept a job as head of the Committee of Civil Initiatives that was set up in 2012.

Putin has also turned a deaf ear to Kudrin's extremely outspoken and cutting criticisms of Kremlin economic policy. Kudrin is the primus inter pares of the liberal clique that includes Central Bank of Russia (CBR) Governor Elvira Nabiullina and Economics Minister Alexey Ulyukayev, who are responsible for forming Russia's economic policy, even if they have no political power to implement it.

Putin has obviously been keeping Kudrin in reserve for something and maybe now is the time he has chosen to deploy him. However, Kudrin has his own ambitions. There is widespread speculation that Kudrin wants to become prime minister, but will only take the job if he is given free rein to do in the post. Under the Russian constitution it is actually the PM that has all the political power, as anyone who lived through the 1990s and witnessed Yeltsin's never-ending clashes with the Communist-dominated Duma will remember. However, Putin has effectively built a parallel power structure in the presidential administration that really runs the country – the presidential administration is only mentioned in passing in the constitution – and given he is in the midst of the worst geopolitical face-off between East and West since the end of the Cold War, would be unlikely to launch the wide-ranging economic reforms that Kudrin favours.

Indeed, the latest reports also say that Kudrin is being offered the post of "economic advisor" to the president, a job held previously by Nabiullina and the current deputy prime minister, Arkardy Dvorkovich. Given most of the power rests with the presidential administration, this would be a powerful post that would allow Kudrin to implement many of his reforms. But it is not a formal post and its power depends entirely on Putin's largesse. As such, Kudrin will probably pass if that really is the deal on offer.

Gazeta.ru speculates that the politics of an advisory role would limit Kudrin's effectiveness, as he would join Putin's other deputy chiefs of staff, Alexei Gromov and Vyacheslav Volodin, who according to the paper's sources will do everything they can to prevent his appointment. Kudrin will also have to share the economics portfolio with Putin's other economic advisors Sergei Glazyev and aide Andrei Belousov, who will also not be happy to see Kudrin arrive.

Another possibility is that Putin will set up yet another agency tasked with reform, and appoint Kudrin as its head. But again, while the agency could make great plans, like Nabiullina at the CBR and Ulyukayev at the Ministry of Economic Development, because it is outside the presidential administration it will have no power to implement its ideas other than that which Putin gives to it personally.

It could be that Kudrin is still holding out for Medvedev's job – and it could be that Putin intends to give it to him. Russia's investment image is appallingly bad at the moment, but as bne IntelliNews has speculated, Putin's overarching long-term political goal is to integrate Russia more closely with Europe because he sees the long-term threat not from the US but from an economically resurgent China. Putin has constantly referred to the need to create a "Greater Europe" that would stretch from Vladivostok to Lisbon in speeches throughout his career, including during the current difficult period. Even German Chancellor Angela Merkel picked up the theme earlier this year – but probably more as lip service to the idea in an attempt to butter up Putin and walk back the crisis in Ukraine.

If Putin is serious about a "Greater Europe", then he will need to convince the rest of Europe that Russia is changing for the better – and appointing Kudrin  as prime minister would be a big signal for that.