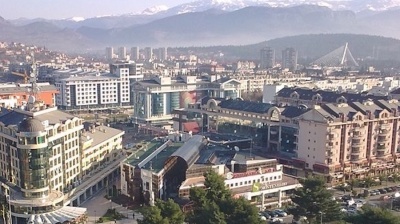 Montenegro’s prolonged political crisis is putting its accession to the European Union at risk, diplomats and analysts have warned.

Montenegro is the frontrunner among the candidate countries from the Western Balkans in the EU accession process. However, for months, the country has been in its deepest political crisis since it declared independence from Serbia in 2006, with political parties failing to appoint a government or call an early election, and unable to join forces to appoint four missing judges to the constitutional court.

The opposition, led by President Milo Djukanovic's Democratic Party of Socialists (DPS), has been blocking the election of constitutional judges, saying it will back the process only if the ruling coalition agrees on an early general election.

Djukanovic also refused to give the mandate to form a government to Miodrag Lekic, the nominee of group of 20 small parties that has a majority in parliament. Since then, cracks have appeared within the coalition, and in January Lekic said he was giving up on efforts to form a government. An early election now seems the most likely outcome.

Even if the coalition of 20 parties agrees on a new government, that would not resolve the crisis with the judges that must be appointed to the constitutional court to replace those whose mandate has expired and were retired. A majority of two-thirds of MPs is needed for their election, but the ruling coalition has just 41 out of 81 MPs.

Talks could be frozen

The European Union will freeze membership talks with Montenegro if the country fails to resolve the crisis over the appointment of judges to the constitutional court by the end of this month, political analyst Bodo Weber warned in an interview with public broadcaster RTCG on January 22.

According to Weber, a senior associate at the Democratization Policy Council (DPC), the EU has realised how deep the political crisis in Montenegro was in the past months.

“If there is no agreement [on the political crisis] or the seats in the constitutional court are not filled, even the result of the upcoming presidential election is questionable and Montenegro could slide deeper into a crisis in which there is a ruling majority but there is no president. This is a situation in which it is quite realistic for the EU to fulfil its threats to freeze the accession negotiations with Montenegro,” Weber said.

His projections follow earlier warnings by Brussels that it might freeze its membership talks with Podgorica if politicians do not resolve the local issues soon. The German government’s special envoy for the Western Balkans, Manuel Sarrazin, made a similar point last week.

Sarazzin said on January 19 he was very concerned about the prolongation of the political and constitutional crisis and the difficulties that political actors have in overcoming it, CDM reported. He added that an operational constitutional court is extremely important for democracy and the rule of law in Montenegro.

Montenegro applied for EU membership in 2008, two years after independence. The EU Council launched the accession process in December 2011, and accession negotiations started the following year.

Eight years on, all the 33 screened chapters have been opened, and three are provisionally closed.