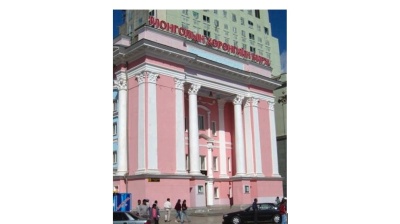 Mongolia's stock exchange IPO'd selling off a third of its shares to the public as the country's capital market reforms get underway. / bne IntelliNews
By Michael Kohn in Ulaanbaatar January 2, 2023

Thirty years ago the Mongolian Stock Exchange was opened up to privatize the country’s Soviet-era assets. Last week the exchange conducted an initial public offering to sell off a third of its own shares to the public.

The stock exchange sold off 34% of its shares, valued at 11.9bn tugrik ($3.5mn). The IPO was 485% oversubscribed, according to the exchange's Twitter feed, raising 57.8bn tugrik ($16.5mn). Strategic investors were eligible to purchase 50% of the IPO shares. The Ministry of Finance will retain its hold on the remaining 66% of the exchange’s shares.

Ulaanbaatar is keen to reboot an economy still struggling to make up ground lost during the pandemic when border closures impacted minerals exports and tourism dried up. Coal deliveries have been stepped up this year and the government has also passed laws to push companies to list their shares on the stock exchange in an effort to stimulate the economy.

The initial public offering of MSE shares were available to the public during the final week of the year. The exchange was valued at 35-bn ($10.3-mn), according to its 548-page prospectus.

Proceeds from the IPO will be used for upgrading technology and expanding operations at the exchange, said Javkhlan Ivanov, the exchange's chief operating officer. The principal underwriter for the IPO was Ulaanbaatar-based InvesCore Capital Securities. Assistant underwriters were TDB Securities and Golomt Capital.

In addition to the share sale, the MSE plans to start trading coal spot contracts this month through its existing trading platform, following government approval of a temporary regulation for electronic trading. Commodities trading is expected to increase transparency in the country’s coal sector and allow state companies to get better pricing for their products.

The decision to sell coal contracts through the MSE comes amid unrest in the capital last month after revelations of a “coal mafia” operating within the largest state coal company, inciting crowds to gather at Government Palace to demand accountability and transparency in the coal sector.

The exchange has been on a roller coaster ride of late, soaring 133% in 2021 before declining 18% in 2022. Revenue in 2021 was 5.5-bn tugrik ($1.6-mn), declining to around 5-bn ($1.47-mn) last year. Fees collected from bank IPOs and bond sales have helped it turn a profit, according to E. Zolbayar, editor-in-chief at Inside Mongolia, a market intelligence newsletter.

Its stature was burnished last year when the FTSE Russell said MSE will be assigned Frontier market status starting in September 2023.

The stock exchange was founded in 1991 inside a former children’s cinema on Ulaanbaatar’s central square. It was originally set up to privatize Soviet-era businesses. Vouchers, distributed to the public for free, could be used to bid on hundreds of state enterprises.

The exchange now has more than 180 listed companies and uses a trading platform installed by the London Stock Exchange Group. A campaign to clean up the exchange and deslist companies that were inactive has removed hundreds of ticker symbols in recent years.

Mongolia’s biggest companies are those in the mining sector but those listed on the stock exchange span a variety of industries, including food and beverage companies, banks, textiles, construction companies, and hotels. In addition to company shares, the exchange offers trading in corporate bonds and asset-backed securities.

The MSE public offering is the latest in a small wave of IPOs. Last last year State Bank raised around 25.4bn tugrik ($8mn) after listing 5% of its shares. Golomt Bank recently floated 10% of its shares, raising 174.8 billion tugrik ($51.4 million).

Manduul Nyamdeleg, chief executive officer of the Development Bank of Mongolia, sees the stock exchange as a catalyst to jump start the economy and open the door to the sale of other state-owned companies.

“Government aims to IPO state-owned enterprises, which begins with State Bank and MSE. It will improve governance and oversight by the public. As a public company, the MSE is expected to be the main vehicle to undertake IPOs for other state-owned companies,” said Manduul.

Other state-owned entities that have been mentioned for possible public offerings include coal miner Erdenes Tavan Tolgoi JSC, a telecom company, and a reinsurance company. Last year the government announced that by the end of 2023 it will have sold off shares of 25 state companies.

Gan-Erdene Sanjkhuyag, the chief executive officer of investment banking firm Golomt Capital LLC, said the MSE’s public share sale will improve its governance and its reputation with the public.

“Once the MSE becomes a listed company, it will function under market principles in a competitive environment and improve the decision-making process,” said Gan-Erdene. “It will allow small, medium, and large businesses and start-ups to issue securities and attract investment through the stock market.”

It will also help to educate Mongolians on the benefits of public companies and how they can invest, he said.

“The average Mongolian’s knowledge of the stock market has been increasing dramatically in the past couple of years,” said Gan-Erdene. “Various products including IPOs, FPOs, bond and asset-backed securities are now available, which stimulates the market and raises interest.”