Navalny dives into the details of what Putin's alleged $1bn luxurious villa on the Black Sea looks like with a detailed 3D-computer model simulation. / wiki
By Ben Aris in Berlin January 20, 2021

Anti-corruption blogger and opposition activist Alexei Navalny had hardly been in jail for 24 hours when he dropped a bomb on the Russian public: a two-hour long documentary on his investigation into the corruption network that surrounds Russian President Vladimir Putin.

While stuck in Germany for the last five months Navalny made a two-hour long documentary on  Putin’s life, in which he calls him “the richest man on the planet” and accuses him of taking the “biggest bribe in history.”

A significant part of the documentary focuses on the so-called “Putin’s palace,” a magnificent $1bn villa on Russia’s Black Sea coast that is reportedly the largest residential building in the country.

The scandal first came to light in the West following a Reuters’ investigation in 2014 that exposed many of the details and coined the term “Putin’s palace.”

“Reuters' investigation has found that two wealthy associates of Putin engaged in the same [health care] profiteering and suffered no penalty,” Reuters reported at the time. “They sold medical equipment for at least $195mn to Russia and sent a total of $84mn in proceeds to Swiss bank accounts, according to bank records reviewed by Reuters. The records also indicate that at least €35mn ($48mn) from those accounts were funnelled to a company that then helped construct a luxury property near the Black Sea known as “Putin’s palace” – a nickname earned after a businessman alleged that the estate was built for Putin. The Russian leader has denied any connection to the property.”

“I don't know the details. I haven’t watched it. But I can say immediately: this is an old story. We have already dismissed it as false. The president doesn't own this property.”

The documentary is the second blow Navalny has landed in the face of the government since he defied the state’s threats to jail him if he returned home from Germany, where he was recuperating for five months from an almost deadly attack with the military-grade Russian nerve agent Novichok while he was on a business trip to Siberia.

Russian courts transmuted a suspended sentence to real jail time the week before his trip on the grounds that he had missed a meeting with his parole officer in December. Navalny was convicted of fraud in 2014 and given a 3.5-year suspended sentence, although his brother Oleg actually went to jail.

Russia observers believe that the Kremlin was hoping to intimidate Navalny into staying in exile in Germany and so keep him out of the country ahead of the important general election slated for September.

But Navalny flew back to Moscow on January 17 anyway in the full glare of the Klieg lights and was promptly arrested at Sheremetyevo Airport on his arrival in front of the international media.

He was arraigned the next day by an impromptu court session set up in the common room of a police station that smacked of a kangaroo court, to the point where even Navalny seemed genuinely shocked by the situation.

But while in the courtroom with his lawyer he managed to release a short statement calling on his supporters to take to the streets this weekend on January 23.

“Don't do it for me. Do it for your freedom,” Navalny said.

Less than a day has passed and Navalny has dropped another bombshell with his documentary that garnered over 15mn views in less than 20 hours.

The video was posted on YouTube and is in Russian, but the Google subtitle auto-translate option in settings provides an acceptable English translation.

The release of the documentary is obviously part of a well thought out and carefully planned campaign for his return to Russia. 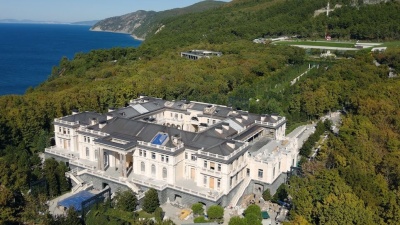 The documentary focuses heavily on Putin’s time as a KGB colonel in Dresden during the Cold War where he made many friends, of which a number are now serving in important positions in government or have been hugely successful businessmen, and it contains many new revelations.

“The friends he made then became his moneybags as president. The rules of the game: register nothing to Putin directly, diversify risks, and old friends always trump new ones,” Kevin Rothrock, an editor with Meduza, said in a