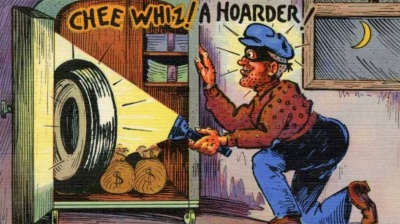 An Iranian warehouse owner has been prosecuted for hoarding some 834 tractor tyres worth Iranian rial (IRR) 748mn in the eastern city of Zanjan, according to Iran Labour News Agency.

Since the collapse of the rial gathered pace with the reimposition of heavy US sanctions this year, Iranian customs officials have gained new powers to search private property and examine the contents of warehouses in the hunt for profiteers. In the past few months, the owners of several small businesses have been sentenced for hoarding everything from televisions to rice.

The highly publicised campaign against those looking to make illicit gains against the severe IRR devaluation took an menacing tone when the so-called “Sultan of Sovereigns” was hung on November 13 in Tehran for stockpiling tonnes of gold sovereign Imami coins.

Demand for gold sovereigns and dollars in Iran has skyrocketed in the face of the reimposed sanctions régime with Iranians searching high and low for stable assets.

In Tehran, one warehouse owner was caught “hoarding” goods ranging from plain foodstuffs to cosmetics.

Business owners across Iran have protested that the purpose of warehouses is to store goods and what they are doing now is what they were doing previously, when it was not regarded as a crime.

In one interview with bne Intellinews, a car dealer said his company was accused of hoarding tyres for the specific brand of car it sells. He added that the issue was ultimately resolved with customs officials when the firm provided all the documented evidence to prove it was not actually hoarding.