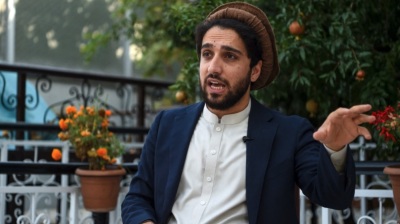 Ahmad Massoud, the son of the famous leader of the Mujahedeen Ahmad Shah Massoud, is leading the resistance against the Taliban in Afghanistan's northern provinces. / wiki
By bne IntelIiNews September 7, 2021

Intense fighting continued in the northern Afghanistan province of Panjshir, where rebel forces were resisting the Taliban takeover, Tass reported on September 7.

The intricate network of valleys in the region that is traversed by a main road through the main valley is extremely easy to defend. The National Resistance Front (NRF) forces opposed to the Taliban are seeking to maintain control of the main valley.

The NRF is led by Ahmad Massoud, son of the famous late mujahedeen leader Ahmad Shah Massoud, who successfully held northern Afghanistan until he was assassinated by Taliban supporters masquerading as a TV crew in 2001.

Massoud junior recently released a video saying the NRF had men and arms enough to hold the valley, but appealed to the international community for help, as the forces could not hold out forever and needed to be supplied. He even penned an opinion piece for the Washington Post calling on the West to come to the NRF's aid in August.

It appears that the Taliban are already making use of the $85bn worth of arms left behind by the US during their withdrawal from Afghanistan, making it the most powerful military force in Central Asia.

"Since Sunday night, the positions of resistance fighters have been attacked by drones, so many of them had to retreat and leave for high mountain areas. On Monday, intensive clashes continued and they have been under way until now," a source from the NRF told Tass, noting that the fighting was also under way in Andarab district in the neighbouring Baghlan Province.

According to the source, due to the tense situation in the Panjshir Gorge and constant shelling on the part of the Taliban, "the majority of local residents left their homes and went high into the mountains.”

Additionally, the source confirmed information that the Taliban made public earlier that the movement had managed to capture the office of the region’s governor as well as the mausoleum of Ahmad Shah Massoud.

A Taliban spokesperson, Zabiullah Mujahid, said on September 6 that Panjshir was completely controlled by the Taliban and that the war on Afghanistan’s territory was over.

First official results from Bosnian elections put nationalists ahead after exit polls predicted losses
1 hour ago
Georgian MPs want to rid the country of oligarchs, but not all of them
1 hour ago
Hungary agrees on deferred payments with Gazprom for winter gas deliveries
1 hour ago
US sanctions Russia’s CBR head Nabiullina and other officials
1 hour ago
Russia prepares for new attacks against Ukraine from Belarusian territory
2 hours ago