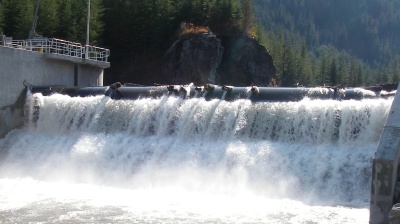 By Iulian Ernst in Bucharest September 9, 2022

Franklin Templeton, as the fund manager and sole director of Fondul Proprietatea (FP), announced that the fund and Romanian hydropower company Hidroelectrica have selected a consortium of investment banks, a key milestone for the planned IPO of Hidroelectrica.

After years of delays, the IPO of Hidroelectrica, the largest producer of electricity in Romania, is expected to take place by the end of June 2023, the Romanian government — its majority shareholder — announced in July.

FP did not name the investment banks selected. However, according to Ziarul Financiar citing sources familiar with the deal, they are Citi, Morgan Stanley, Erste and Jefferies (global managers), Bank of America, Barclays, UBS, UniCredit and Wood (joint managers) and respectively Banca Transilvania- BCTP and Swiss Capital (co-lead managers).

The role of the selected investment banks in the IPO process is to recommend the optimal structure of the transaction, promote the equity story of Hidroelectrica among local and international investors, place securities in the IPO, as well as assist with the listing process.

“We firmly believe that the IPO and the subsequent listing of Hidroelectrica will bring significant benefits to the Romanian capital markets and Romania as a whole, as it has great potential to attract significant domestic and foreign investors for the Romanian leading electricity production company,” stated Ilinca von Derenthall, chairperson of the board of nominees.

Fondul Proprietatea, which owns almost 20% of Hidroelectrica hopes to succeed in convincing the government to approve the listing of the company on an external stock exchange, not only on the Bucharest Stock Exchange (BVB), Daniel Naftali, senior vice-president of fund administrator Franklin Templeton Bucharest, deputy portfolio Manager of Fondului Proprietatea and member of CS Hidroelectrica, said recently in an interview with Profit.ro.

According to him, most likely, the listing of the hydropower producer will take place in February next year.

First official results from Bosnian elections put nationalists ahead after exit polls predicted losses
21 hours ago
Georgian MPs want to rid the country of oligarchs, but not all of them
21 hours ago
Hungary agrees on deferred payments with Gazprom for winter gas deliveries
21 hours ago
US sanctions Russia’s CBR head Nabiullina and other officials
21 hours ago
Russia prepares for new attacks against Ukraine from Belarusian territory
21 hours ago