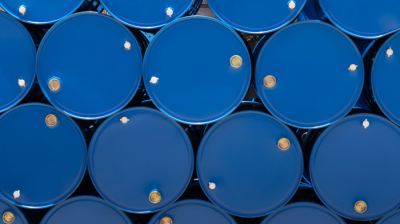 The EU and the G7 nations clinched a deal last week to fix the price of seaborne Russian crude oil exports at no more than $60 per barrel, aimed at crippling Moscow’s revenue stream while avoiding major disruption in the global oil market. But it remains to be seen whether the move will work as hoped in practice, as Russia has already declared it will not sell any oil to buyers that abide by the price cap and will curtail production if necessary, raising the risk that the global energy crisis could get far worse.

“The G7 and all EU member states have taken a decision that will hit Russia's revenues even harder and reduce its ability to wage war in Ukraine,” European Commission President Ursula von der Leyen said in a statement, announcing the cap agreement. “It will also help us to stabilise global energy prices, benefiting countries across the world who are currently confronted with high oil prices.”

The cap will be implemented in tandem with the EU’s embargo on most Russian oil supplies, which came into effect on December 5. The rationale is that most of the largest global shipping, insurance and reinsurance companies are based in EU or G7 nations. Those companies will be prohibited from providing services for handling seaborne Russian oil exports, unless the buyer abides by the price cap. The cap will be extended to Russian refined petroleum product exports on February 5, 2023, coinciding with the point when the EU will expand its embargo to them as well.

The cap, at its current level, will have only a limited impact on the price at which Russian oil sells, given that the country’s flagship Urals blend is already trading at a hefty $20-25 per barrel discount to other benchmarks, as a result of sanctions and Western buyers shunning the supplies. But now that the measure has been put in place, the EU and the G7 will find it easier to lower the cap in the future, with some EU member states pushing for the threshold to be reduced to as low as Russia’s cost of production.

What remains to be seen is how Moscow will react. Russian Deputy Prime Minister Alexander Novak said on December 4 that the government would forbid Russian companies from selling Russian oil under the cap, and that the Kremlin was prepared to slash oil production to compensate for lost exports.

Russia “will only sell oil and oil products to those countries which will work with us on market conditions, even if we have to somewhat cut production,” Novak said in a comment carried by the TASS news agency. “We are not going to use instruments linked with the price cap. We are now looking at mechanisms to ban the use of the price cap instrument.” Russia has already shown its willingness to damage its own commercial interests in the global energy market in response to Western sanctions, having drastically reduced its natural gas supplies to Europe this year, likely causing irrevocable damage to its market share.

The price cap violates World Trade Organisation rules, Novak said, and will result in less investment in energy supply, which could cause a global shortage and further disruption of markets. He added that the price cap could in the future “be applied not only to oil but to other products on the market, and not only to Russia but to other countries as well,” hinting at possible retaliatory action by Moscow.

Meanwhile, the Financial Times has reported that Russia has secretly amassed a fleet of more than 100 ageing tankers to help it circumvent Western sanctions on Russian oil sales, citing shipping brokers and analysts.

In 2022, operators linked to Russia are suspected to have purchased as many as 29 supertankers (VLCCs, very large crude carriers, each capable of carrying more than 2mn barrels), according to the International Energy Agency (IEA). Russia is also believed to bought 31 Suezmax-sized tankers capable of carrying about 1mn barrels each, and 49 Aframax tankers that can each haul about 700,000 barrels. Russia already operates a fleet of some 85 tankers of its own from a global fleet of about 11,000.

Experts say that Russia faces a shortfall of tanker capacity of between 700,000 and 1.5mn barrels per day (bpd). Rystad estimates Russia will be short of 60 to 70 tankers, and expects seaborne exports to fall about 200,000 bpd.

Through direct or indirect purchases, Norwegian consultancy Rystad Energy estimates that Russia has added 103 tankers to its fleet this year. But traders told the news agency that the effort would fall short of mitigating the impact of the Western measures completely.

Russia intends to use this shadow fleet to supply countries such as India, China and Turkey, that have ramped up imports of the country’s oil this year, taking advantage of the discount that Urals currently trades at.