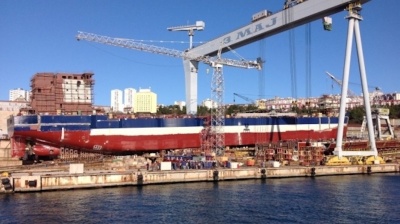 Uljanik, which owns the Uljanik shipyard in Pula and the 3. Maj shipyard in Rijeka, is in severe financial difficulties. The shipbuilder has lost several vessel construction deals and has seen its bank accounts frozen several times, while its employees went on strike due to unpaid wages.

Plenkovic said that the cost of the restructuring plan proposed by Uljanik’s strategic partner is between HRK7.5bn and HRK10.8bn (€1bn-1.5bn).

This is higher than the figure mentioned by Economy Minister Darko Horvat on March 20, when he estimated the restructuring cost of Uljanik at €930mn, saying that in the short term bankruptcy would be a cheaper solution than restructuring,

“The implementation of such a restructuring plan by the state would require large financial exposure and would be undoubtedly a burden on all Croatian citizens and taxpayers,” Plenkovic said, adding that the government is seeking additional solutions for the shipyards.

The Croatian PM said that between 1992 and 2017, the state spent HRK31.7bn on the recovery of Croatia’s shipyards. Out of the total sum, HRK13.3bn were directed to Uljanik Group.

In January, Croatian shipyard Brodosplit submitted in partnership with Italy’s Fincantieri Group an offer to become a strategic partner for Uljanik.

On March 5, the Croatian financial agency FINA asked the court to open bankruptcy proceedings against Uljanik for a debt of HRK28.2mn.

The court has appointed a temporary insolvency manager to analyse if there are prerequisites for opening bankruptcy proceedings.

Earlier this week, the Croatian police arrested 12 people as part of an investigation related to Uljanik. The 12 individuals are suspected of having committed several offences of abuse of trust in economic activity and fraud. Local media reported that former president of the management board of Uljanik, Gianni Rossanda, and his predecessor Anton Brajkovic, were among those arrested.

Rating agency Fitch projected in December that the materialisation of contingent liabilities stemming from Uljanik could to amount to approximately 0.6% of GDP in 2018.

However, another fellow international rating agency S&P Global Ratings said earlier this month that the likelihood of fiscal slippages from payments of state guarantees against troubled Uljanik shipyard’s debt liabilities are reduced, while raising its long- and short-term foreign and local currency sovereign credit ratings on Croatia to 'BBB-/A-3' from 'BB+/B'. S&P previously warned that resolving the situation at Uljanik could cost Croatia 1% of GDP.

The crisis at Uljanik comes as the situation at Agrokor, a food and retail group that is Croatia’s largest employer, nears resolution. Agrokor was plunged into crisis in early 2017 when it was unable to service its debts. However, in July last year, the creditors approved a debt-for-equity settlement deal, with the biggest shareholder in the new Agrokor being Russia’s Sberbank with a 39.2% stake.

The implementation of the settlement agreement between Agrokor’s creditors will start on April 1, when the retailer will be renamed Fortenova Group. In a positive sign for the group’s recovery, Agrokor announced on March 12 it had achieved an operating profit in the period from February 11 to March 10, 2019.

As at Uljanik, there are suspicions of illegal activity at Agrokor. On March 25, the Zagreb County Prosecutor’s Office confirmed  it has launched another investigation related to Agrokor, targeting former owner Ivica Todoric, among other former executives. Todoric is already being investigated in relation to financial irregularities uncovered at the group after it entered restructuring. He was arrested in London and extradited to Croatia last year.