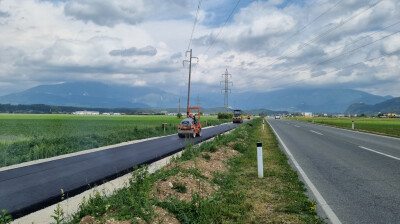 The development centre in Megnes, 15km from Ljubljana, will be Porton's first in Europe. / menges.si
By bne IntelliNews January 10, 2023

China’s Porton Pharma Solutions, which is a supplier of Novartis, owner of Slovenian drug company Lek, plans to set up a biotechnological park in the central Slovenian town of Menges.

With the entry to Slovenia, Porton, which has sales units in Belgium and Switzerland, is more seriously penetrating the European market and this will be its first development centre in Europe.

N1 Slovenia reported that unofficially, Porton is expected to create 300 jobs in Menges in two years.

According to the report, Novartis will lease some of its premises to Porton. Porton is said to be waiting for a building permit, which means that another facility could be built on the land it has in Menges.

Porton is expected to allocate €50mn for the construction of a centre for the development and production of active ingredients, which will include several laboratories and trial production. The construction should be completed by September 2024.

The report did not say if Porton and Novartis plan jointly to develop the project, but Novartis announced last September that it plans to invest $110mn in its Slovenian unit, Lek, to set up a biocampus in Menges, 15 km away from Ljubljana.

In the meantime, Lek is undergoing a reorganisation as Novartis last year presented plans to spin off Sandoz, which is the parent company of Lek. The division of Novartis and Sandoz, which is expected to be listed on a bourse, means that Lek will be also split in two. The final details of the spin-off process are not known.