BRICKS AND MORTAR: Tehran emigrants price locals out of the market in satellite cities 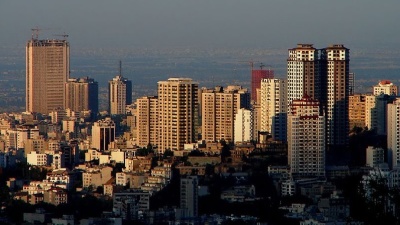 Residents of cities and towns around the Iranian capital Tehran are reporting sharp increases in rents due to the influx of people from the big city, reported IRNA on July 2.

Prices of property across Iran have risen sharply in recent years in line with the devaluation of the Iranian rial. This, in turn, has forced many previously working- and middle-class renters across Tehran and other big cities to either move down the chain or relocate to satellite cities.

The sudden influx of former residents of the capital has, in turn, caused a knock-on effect for poorer satellite city residents where their rents increase significantly in their annual reviews, forcing many out to other cities.

One resident speaking with the Iranian news agency said locals are losing out daily due to the issue of newcomers from the capital usurping those already resident.

Resident Ali Mohammadi said: “Local people do not have the power to renegotiate their rents,” adding that those moving out of Tehran can afford more.

He added that rents in the local area had increased 150% y/y, as people move from Tehran to satellite towns like Shahriar, which are accessible to Tehran with capital metropolitan railway and highways.

The situation in many of the satellite towns does not appear to be cooling down either, with prices creeping up across the capital region.

The problem persists across Iran as the local payment method for renting usually includes a 12-month refundable deposit which is often a percentage of the annual rent but more than most yearly salaries.

The housing market across the capital and its regions appears to have hit the ceiling in recent months, with people no longer able to keep up with the inflationary pricing.

The Statistical Centre of Iran's (SCI’s) recent report shows the average price of each square metre increased by 59.8% y/y during the fourth quarter of the last Persian year (ended March 20, 2019). In the previous quarter, prices in the capital increased by 11.5% according to the SCI.

The report this week by the local news agency exposes the weaknesses in the residential market in Tehran, with Hesam Oghbayi, vice president of the Real Estate Advisors' Union saying on May 27: "One determinant in rent prices around the world is housing prices; inflation and the imbalance between supply and demand as well as population growth are other factors.

"The capacity to increase rental rates is not more than 20% in big cities and around 10 to 15% in smaller cities.”

He added that “the possibility of increasing prices in the rental market is remote because of supply and demand in renting.”

In recent years, according to Oghbayi, housing prices have climbed without pause, “and as a result, in those years more tenants have migrated from wealthy sections of [cities] to downtown areas, and tenants in more deprived areas migrate to satellite towns eventually”.