Bosnia’s Aluminij to file for bankruptcy 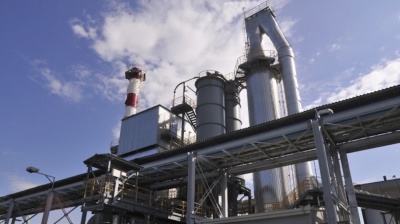 Bosnia & Herzegovina’s indebted aluminium smelter Aluminij will initiate bankruptcy procedures as it was forced to halt operations and no strategic partner has agreed to take it over, Nemir Dzindic, Minister of Energy, Mining and Industry of the Muslim-Croat Federation, told reporters.

Aluminij was forced to halt operations as the power supply from Elektroprivreda HZHB stopped in the first minutes of July 10.

Aluminij’s director Drazen Pandza has been put in charge of filing a bankruptcy request. However, the government will keep looking for a strategic partner, Dzindic said.

“We doubt that this decision for stopping work or possible bankruptcy would change the decision of potential strategic investors as they are well aware of the situation,” Dzindic said, in a statement.

Aluminij's workers and management have warned that the shutdown means an imminent collapse for the company, particularly for its electrolysis unit, which cannot be restarted due to its complex production process.

Dzindic has said that unless a strategic partner appears by the end of the year, Aluminij will go bankrupt.

Several days ago London-listed Glencore pulled out from talks on a possible acquisition of Bosnia’s sole aluminium smelter. Talks with a second interested candidate - the UAE’s Emirates Global Aluminium (EGA) – so far have had no result either.

Local media reported rumours that Russia is also interested in entering Aluminij, but no details have been disclosed.

Dzindic said the government will continue talks with EGA and with all potential investors. He added that another firm has sent a letter of interest.

Aluminij, once one of the biggest companies in Bosnia, has significant outstanding debt, with 74%, or BAM280mn (€143.2mn), of it owed to Elektroprivreda HZHB.

Aluminij already started preparing to halt operations in June as Elektroprivreda HZHB stopped delivering power at preferential prices. The smelter has been threatened with the shutdown of its operations and bankruptcy for years due to its accumulated debts.