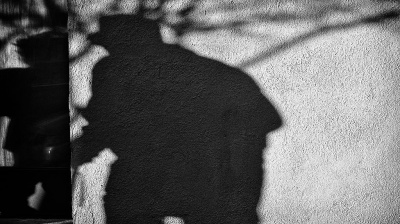 Shadowy forces abroad have conspired to undermine Turkey's economy according to its president.
By bne IntelliNews March 13, 2019

Responding to Turkey’s descent into its first recession in a decade—confirmed by data released on March 11—President Recep Tayyip Erdogan has gone back on the offensive against shadowy foreign market forces that he claims are responsible for his country’s economic decline, while predicting that the Turkish growth rate in 2019 will prove higher than anticipated.

In a March 12 local elections rally in the Kucukcekmece district of Istanbul, the strongman told his audience that future generations of Turks would better understand today’s Turkey taking into account the “attacks” the country has faced since the July 2016 coup attempt. Turkey has witnessed “attacks in the dragon’s triangle of foreign currency, interest and inflation rates”, but has responded well, according to comments reported by Hurriyet Daily News.

“They are saying that we will apply to the International Monetary Fund for a loan. When we took power [16 years ago], we dealt with IMF loans. We cleared the debt and closed the IMF chapter,” he reportedly said, condemning claims made by the main opposition Republican People’s Party (CHP) that given its perilous economic situation Turkey would seek to negotiate with the IMF after the March 31 municipal polls.

He noted that Turkey’s growth rate for 2018 was 2.6% in Turkey, despite the negative growth of 2.4% q/q in the last quarter of the year. “We maintain and will maintain this stability,” he was quoted as saying, adding that the history of the CHP is “full of debts and servitude.”

“No matter what they [the forces opposed to Turkey] are doing, they are unable to make Turkey kneel either in the economy, or in politics and defence,” the populist Erdogan added.

By loosening too soon, the central bank may sacrifice price stability in favour of growth acceleration driven by easier credit, but that mistake has been made often in the past in credit-fuelled Turkey and the markets would not like to see a repeat.

“The administration should not rely on the central bank to revive the economy by lowering interest rates, but finally start delivering on its pledges to implement structural reforms,” Piotr Matys, a strategist at Rabobank in London, was quoted as saying by Bloomberg on March 12, adding. When local elections are out of the way, “foreign investors will expect the administration to make significant progress.”

The news agency also cited Guillaume Tresca, a senior emerging markets strategist at Credit Agricole in Paris, as saying: “The central bank doesn’t have room to manoeuver. It has to keep real rates high in order to restore credibility.”

Turkey has long enjoyed China-like growth rates under the Erdogan administration, but real banking credit shrank by 7.2% on a quarterly basis in the last three months of 2018, while industrial production finished the year with its biggest plunge in more than nine years. Meanwhile, Turkey’s largest companies have either completed or sought almost $24bn in loan restructurings.

Easing probable next quarter
The central bank will probably start monetary easing in the next quarter and will deliver more than 450 basis points of interest rate cuts by the end of the year, according to estimates in a Bloomberg survey. The lira’s two-month forward implied yield suggests the market is pricing a rate decrease of around 50 bp as early as the next rate-setters’ meeting on April 25.

Once the March 31 local elections are over and done with the government, not scheduled to face another poll for four years, may be freer to move to longer-term economic structural surgery and get away from temporary economic responses such as fighting annual inflation at near 20% by selling discounted food directly to consumers at state market stalls and pressurising public lenders to push up lending (a move which turned annualised credit growth positive last month for the first time since August). The state recapitalised three of its lenders by selling bonds to the unemployment fund. It is reportedly working on a new plan to further lift state-owned banks’ capital.

Turks, meanwhile, do not appear confident that better times are ahead. They appear to be bracing for lira weakness. Their domestic holdings of foreign currency have risen more than 10% to a record $171bn over the past six months. Lira options traders are at their most bearish since October.

In its favour, Turkey is enjoying rising exports thanks to the severe economic rebalancing caused by its recession and a tourism recovery.

Real estate trust to wait out soft market
In an example of the tightening pressures on businesses in Turkey, the country’s largest private real estate trust said on March 12 said that it will wait out this year's soft housing market and high borrowing costs by selling stock, reducing debt and focusing on foreign buyers until business starts to improve next year.

"We will aim to complete investments which we have already started and reduce debt during 2019-2021. New investment is difficult with the current financing costs," Aziz Torun, chairman of Torunlar Real Estate Investment Trust, told an investor conference, Reuters reported.

The central bank last year hiked its benchmark interest rate to 24% to address inflation, which spiked higher than 25% last October but now stands at slightly less than 20%. After the major tightening, the construction sector—long a driver of Turkey's credit-fuelled expansion--contracted 8.7% in the fourth quarter as demand slowed.

Torunlar REIT's chief financial officer, Ismail Kazanc, said the real estate market was expected to be "weak" this year. "The primary client will be foreigners. We are more optimistic for the housing market in 2020-2021," he said.

In what could set the tone for 2019, housing sales in January decreased by 24.8% y/y. Sales with mortgage loans fell by 77.2%, Turkish official data showed.

Turkey's new homes stock was 1.06mn units at the end of last year.

RIMMER: Turkey - Let nothing astonish you
Mocked as the ‘Nebati Comet’, Turkey’s finance minister is accused of baffling the markets
Turkey-Armenia talks seen as key to opening up regional transit links

US Secretary of State Blinken in Kyiv, warns Russia could attack “at very short notice”
1 hour ago
Defence agreement between Slovakia and the US divides politics and society
13 hours ago
Uzbekistan launches production of military drones
19 hours ago
New impetus between Bulgaria and North Macedonia at top-level Skopje meeting
1 day ago
Poland begins to suffer fifth wave of coronavirus pandemic
1 day ago